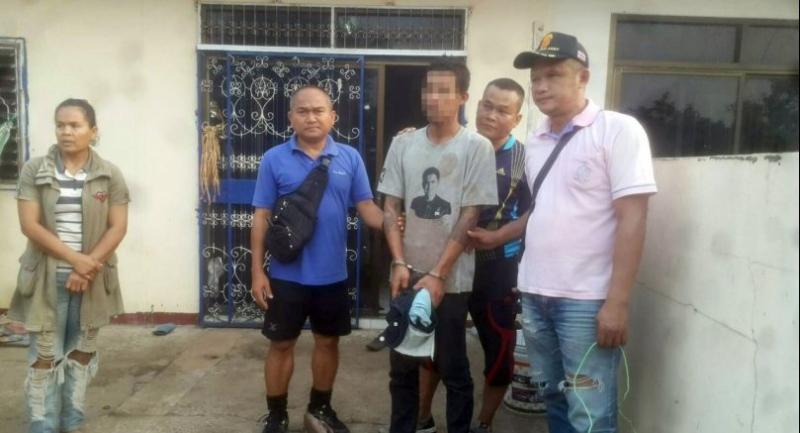 A 29-year-old man, who held his five-year-old son at knifepoint at their Buri Ram home while threatening in a Facebook Live broadcast to kill the boy because his wife had left him for another man, was apprehended early Wednesday morning after 10 hours of negotiations.

Weerapong Boonkong locked himself with his five-year-old son on Tuesday at 4pm in their rented townhouse and pressed a knife to the boy’s throat during the Facebook Live broadcast beginning at 6pm, despite relatives’ appeals for him to release the boy. Fifty policemen from the Nong Kee precinct and rescue workers surrounded the house and brought Weerapong’s 26-year-old wife to negotiate with him, but they broke into a heated argument and the man turned off the house’s lights and went silent.

He then posted photos on Facebook of his son and what appeared to be a knife wound on an unidentified person’s skin, which later proved to be a fake wound produced by smearing pig blood, causing anxious relatives to fear for the boy’s safety.

Ten hours passed without a result, after which police raided the house, rescued the boy and apprehended Weerapong, who will face further legal action.