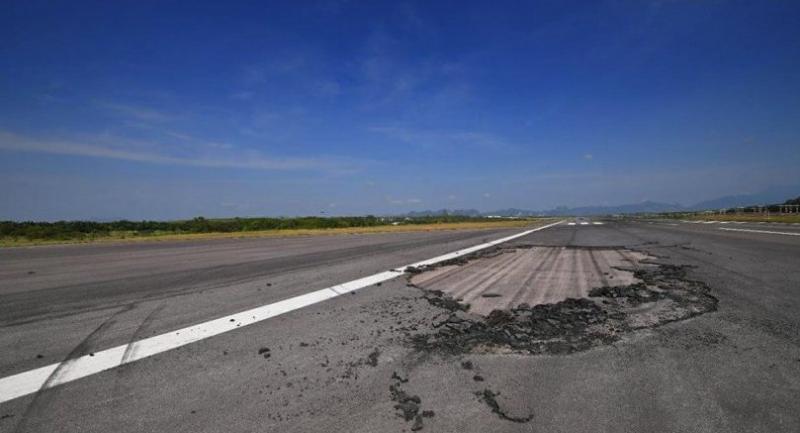 By The Nation
Phuket Gazette

A passenger posted a photo of a cracked runway at Krabi International Airport to his Facebook page on Friday, expressing concern about the safety of passengers. The damaged area is several metres wide but is limited to the extreme ends of the runway. It was the second airport this week to experience cracks on the runway.

“I think the crack was caused by the heavy rain for the past few days and the spot is in a place where planes usually turn off the runway on to the general arrival apron. “It doesn’t disturb the take-off and landing of the planes as the cracks are at the ends of the runway on the edges,” he said.

“We will rush to fix them as fast as possible but we have to choose a proper time that will limit disturbing flights, as there are so many flights these days.”

The airport will discuss the matter with a contractor on March 5 and the process for repairing would start after that, he added.

Phuket International Airport had two days of chaos this week as repairs were made to similar cracks on the runway. Overnight repairs over two days, between 2am and 7am, caused the rescheduling of 66 flights. Passengers experienced a variety of processing problems on either side of the repair periods as landings and takeoffs were rescheduled in close formation.