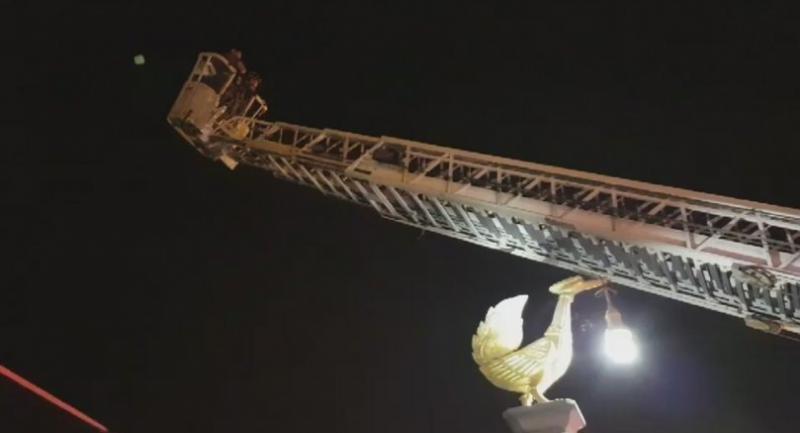 Rescue officials saved a suicidal woman who jumped from a bridge in Phitsanulok into the Nan River early on Tuesday.

Officials tried unsuccessfully to convince the distraught woman not to jump from the bridge at 2.50am. However, a rescuer managed to pull the woman from the fast-flowing river before she was washed away. The rescuer and the woman were washed down river about 500 metres before they were plucked from the water.

Officials and rescuers from the Muang Phitsanulok Municipality were called to the Ekathossarot Bridge after they were alerted by the woman's friends that she had climbed over the fence of the bridge and was threatening to jump from a lower concrete beam.

Officials used a mobile crane to hoist a rescuer near the crying woman in an attempt to dissuade her from jumping. As the rescuer was about to reach her, she jumped. However, one of the rescuers in the river managed to eventually grab her and prevent her from drowning.

She is being treated in hospital.