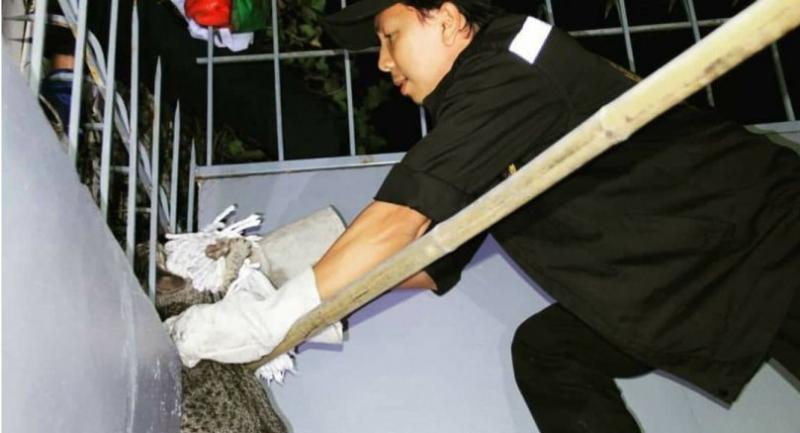 A stray cat was rescued after it was pierced by a sharp stake in an iron fence at a Samut Prakan townhouse late Wednesday night.

Rescuers from the Samut Prakan Emergency Radio Centre were alerted at 12.30 am on Thursday about the cat’s plight behind a townhouse in the Lilly Ville housing estate in Tambon Preakkasa Mai in Muang district.

The rescuers found the cat hanging from the fence with a stake piercing its side.

Rescuers removed it from the fence and took it to Samut Prakan Animal Hospital.

The homeowner, Pong Mongkolna, 53, said his daughter had heard a cat crying and seen its plight, so they had called the emergency services.