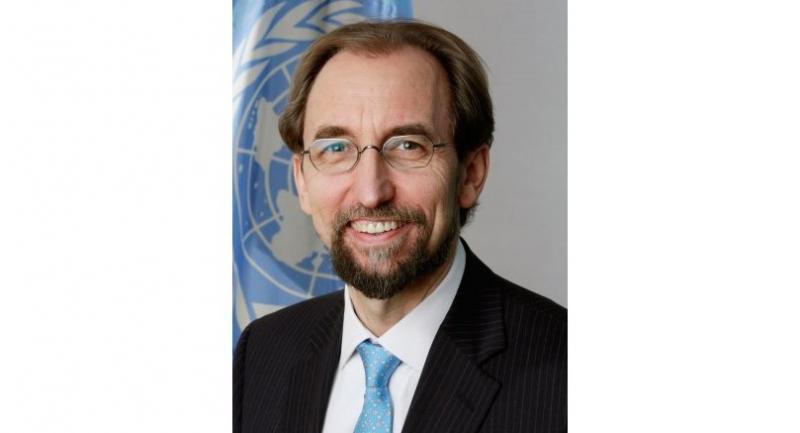 The United Nations human rights body said acts of genocide may have taken place in Myanmar’s Rakhine state since August when the recent Rohingya crisis erupted, while asking the UN General Assembly to prepare to bring the case to court.

“I am not surprised by reports that Rohingya villages, which were attacked in recent years, and the alleged mass graves of the victims, are being bulldozed,” UN High Commissioner for Human Rights Zeid Ra'ad Al Hussein said in a statement at the 37th session of Human Rights Council in Geneva on Wednesday.

“This appears to be a deliberate attempt by the authorities to destroy potential evidence of international crimes,” he said.

More than 700,000 people have fled from Rakhine state since an attack on Myanmar security outposts on August 25, prompting a brutal crackdown by the Tatmadaw, as Myanmar’s military is known.

While Myanmar authorities have said the situation is calm, the UN and Rohingya community have stated that violence is ongoing in Rakhine.

The township of Maungdaw has been essentially emptied of its Rohingya community and people continue to flee to Bangladesh because of systematic persecution and violence in other towns and villages, although at a lower intensity than previously, Zeid said.

“Victims have reported killings, rape, torture and abductions by the security forces and local militia, as well as apparently deliberate attempts to force the Rohingya to leave the area through starvation, with officials blocking their access to crops and food supplies,” he said.

“I have also received reports of the appropriation of land inhabited by Rohingya and their replacement by members of other ethnic groups.”

A recent announcement that seven soldiers and three police officers will be brought to justice for the alleged extra-judicial killing of 10 Rohingya men was “grossly insufficient”, he added.

The UN demanded the government in Nay Pyi Taw take steps towards accountability for violations, and must fully respect the rights of the Rohingya, including to citizenship.

“While awaiting the final report of the fact-finding mission, I again recommend that this council ask the General Assembly to establish a new independent and impartial mechanism to prepare and expedite criminal proceedings in courts against those responsible,” Zeid said.

The UN Special Rapporteur on human rights in Myanmar Yanghee Lee said last month that Aung San Suu Kyi could be complicit in the systematic persecution of the Rohingya people, in violence that “bears the hallmarks of genocide”.