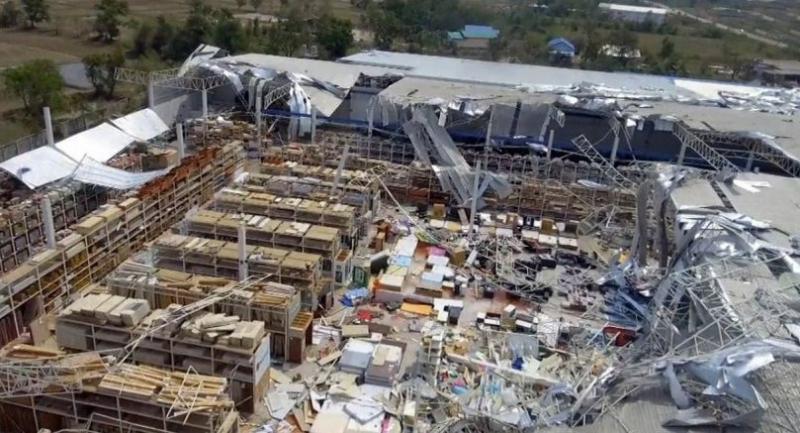 One person was killed and 1,293 houses were damaged as thunderstorms raged through 24 provinces nationwide this week, the Disaster Prevention and Mitigation Department announced on Friday.

Chayapol Thitisak, director general of the department, told reporters that thunderstorms hit 189 villages in 98 tambon in 57 districts of 24 provinces between Monday and Thursday.

A person was killed in Chachoengsao, he added.

Chayapol said officials from his department provided immediate help to affected people and were surveying the damage to provide compensation to those affected as outlined in Finance Ministry regulations. Chayapol said his department has coordinated with disaster prevention centres in at-risk provinces to remain on alert on an around-the-clock basis, as the Meteorological Department predicted mores storms for Friday and Saturday.

He said affected people can call 1784 at any time of day or night if they need urgent help.