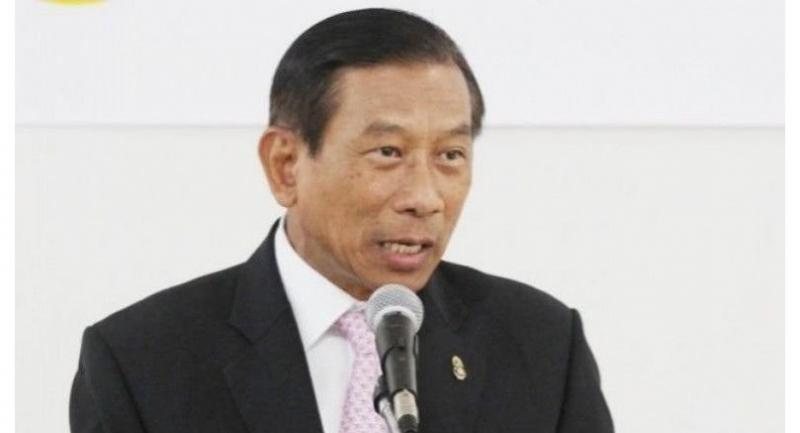 Deputy Prime Minister General Chatchai Sarikulya on Monday dismissed speculation that one of the new political parties, Palang Pracha Rath (Power of Public State), had been established in order to back the ruling junta.

“No, there is no such [intention behind the] party. I have never heard about that,” Chatchai said in response to recent reports.

There were reports over the weekend that the Palang Pracha Rath Party, which had sought permission from the Election Commission to be established earlier this month, would invite PM General Prayut Chan-o-cha to become its chief adviser, paving the way for him to become a candidate for prime minister after the next general election.

Chatchai said he did not think the party would be set up for such a purpose.

People would have simply talked about the idea, and nobody has seen any further details about that, the general added.

However, he conceded that Colonel Suchat Chantarachotikul – reportedly the party’s founder – was close to the premier.

Suchat was with the New Aspiration Party, founded by General Chavalit Yongchaiyudh, but it is unlikely that he would proceed with the formation of the new party, the deputy PM said.

Prayut, on the other hand, would have his own intentions, Chatchai added, while rejecting the notion that the PM would be invited to be Palang Pracha Rath’s adviser.

“There is nothing clear at this point, and you should ask the premier himself,” the general said.

As to the fact that the party’s name resonates with the government’s grand “Pracha Rath” scheme, he said anyone could adopt any name for their party.

Meanwhile, government security adviser Panitan Wattanayagorn said that although some countries wondered why Thailand had so many political parties, the recent active political-party registration reflected heightened political awareness and diversity in the Kingdom.

The government and the junta would do everything possible to maintain peace and order so that the country can steer a steady course towards the national election, he said.

Some groups are now under watch, and security officers are assessing whether they are linked to any political parties or groups, he added.

The junta has communicated with some of them with a view to forging better understanding, but to have the election held amid peace and order is what is needed as well, Panitan stressed.