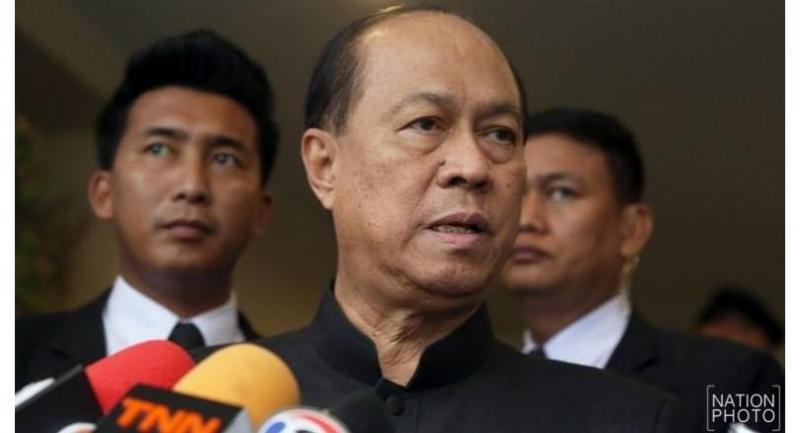 Interior Minister General Anupong Paojinda on Tuesday said any state official found to be involved in alleged irregularities at provincial protection centres for the destitute would be dismissed from the civil service without a pension “to set a standard” for society.

Anupong made the comment after he was asked if officials with the local administrative organisations, which are under his ministry, had been involved in the growing embezzlement scandal.

He said he had not received any reports of relevant officials’ involvement.

He added that if officials under his ministry had committed graft, they would face severe punishment, including dismissal from the civil service without their pensions.

“The more who are caught and punished severely will help set a social standard and prevent such wrongdoing in the future,” he said.

The Office of the Public-Sector Anti-Corruption Commission (PACC) has detected irregularities at 44 provincial protection centres for the destitute and is investigating the other 32 centres to meet a May 31 deadline, according to PACC assistant chief Pol Lt-Colonel Wannop Somjintanakul.

The PACC launched the investigation of the 76 centres after a corruption scandal broke out last month when a trainee at the Khon Kaen Protection Centre for the Destitute claimed she had been forced to forge official forms. The 23-year-old student, Panida Yospanya, was then joined in exposing alleged corruption by former employee Natthakan Muenpol, 26, who worked at the same centre in 2016 and had been sacked after she refused to falsify signatures.

On Monday, the Khon Kaen Panyapiwat Learning Centre and College of Asian Scholars presented Natthakan, an alumni of both institutes, a certificate of honour.

Centre director Wattana Pheukprasert said Natthakan would also be rewarded for her actions by being given the franchise rights for a 7-Eleven store and a scholarship to study a bachelor’s degree by CP All, the owner of 7-Eleven rights in Thailand and founder of Panyapiwat colleges and learning centres.