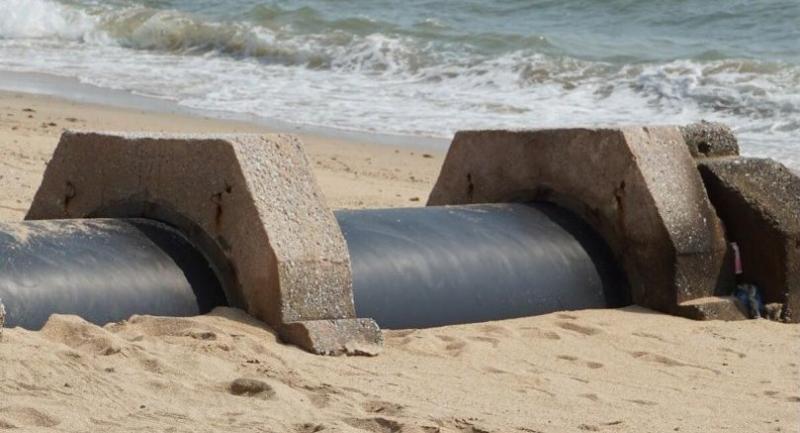 The drainage pipe which the foreign couple were seen having sex on.

Tourist police are trying to locate and take legal action against a foreign couple who were caught on video having sex on Dong Tan beach in Pattaya City.

The couple appear in a 31-second clip that was taken at 8am on Sunday and widely shared on social networks.

The video shows an unidentified man, who looks like a westerner, having sex with a woman on a drainage pipe behind Jomtien Marine Rescue Centre 3 in Tambon Nong Plue of Chon Buri's Bang Lamung district. The couple are clothed during the act, with only their shorts slightly pulled down. Many foreign tourists can be seen sitting on the beach.

Officials at the rescue centre said they saw the couple, who appeared to be drunk, arrive early in the morning and sit on the pipe for a while before they began having sex.

An official said he came out and blew his whistle as a warning for the two to stop. They then got up and walked away.

Since the clip has been shared online, tourist police in Pattaya have inspected the scene and tried to locate the two to fine them.