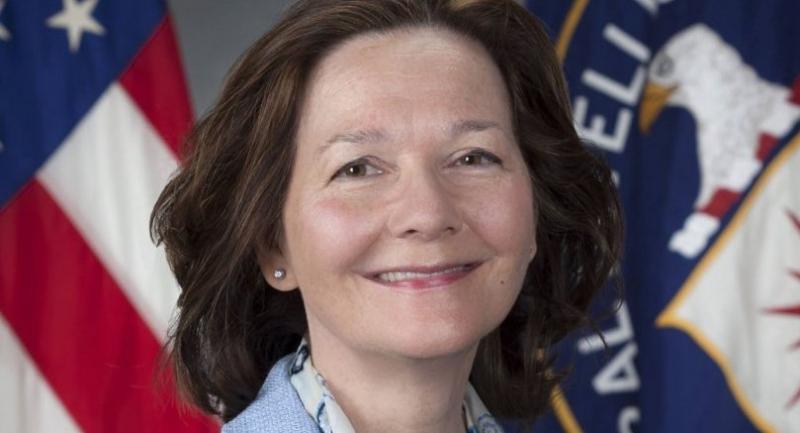 CIA director nominee Gina Haspel could face a tough confirmation battle after a number of lawmakers raised questions Tuesday about her past involvement in torture of detainees.

A veteran of the Central Intelligence Agency's black operations, Haspel, 61, was nominated by President Donald Trump to lead the top US espionage body, after he named current CIA director Mike Pompeo to be secretary of state.

Haspel is widely respected in the intelligence community as a disciplined, non-political field agent who took on hardship positions and unsavory jobs. From that she rose to manage the global clandestine network before becoming deputy director one year ago.

But her history during the US "war on terror," overseeing interrogations in CIA black sites later exposed as torture, has already set back her career once and could stand in the way again.

Several senior politicians said they would challenge her over torture, ensuring a likely heated debate when she goes up before the Senate Intelligence Committee for confirmation in the coming weeks.

"The torture of detainees in US custody during the last decade was one of the darkest chapters in American history," said Republican Senator John McCain, who himself was tortured as a prisoner of war in North Vietnam.

"Ms Haspel needs to explain the nature and extent of her involvement in the CIA's interrogation program during the confirmation process."

Haspel would be the first woman ever to run the CIA. She joined in 1985 and served as chief of station in several posts around the world.

In 2013, she was named to head the National Clandestine Service. But she was quickly replaced after political questions were raised over her role in post-9/11 interrogations.

She oversaw the CIA's black site prison in Thailand in 2002, where, according to numerous reports, key Al-Qaeda suspects Abu Zubaydah and Abd al-Rahim al-Nashiri were brutally interrogated, slammed against walls, and repeatedly waterboarded.

She later was helped destroy videotapes taken of the detainee interrogations.

The CIA has always maintained that what it did was legal, the interrogations authorized by president George W. Bush and ruled lawful at the time by the Justice Department.

Torture has since been explicitly outlawed by the government, and despite Trump's endorsement of it, there have been no reports of the US intelligence agencies returning to the practice.

Haspel is appreciated by many in the intelligence community, a number of whom said she will be a good change from the highly political Pompeo.

"She is capable, smart, very experienced, well respected by the agency rank and file, and a great person, former Director of National Intelligence James Clapper told the Cipher Brief website.

Former CIA Clandestine Service director John Bennett said she took on "some of the most demanding and least rewarding assignments in the War on Terror, not because she sought them out, but because she felt it was her duty."

Besides her record on torture, Haspel will be pressed on the CIA's views of Russia, which Pompeo seemed to downplay in deference to Trump, who has labelled stories of Russian interference in the 2016 election "fake news."

Having once served as deputy director of the CIA's Russia group, Haspel, her defenders say, knows her stuff.

"Ms. Haspel 'grew up' in the CIA during the Cold War. She will have no illusions about the nature of the Russian state or the KGB-trained autocrat who runs it," said Bennett.

Haspel is "a far cry from the current partisan director. She isn't one to play politics, won't be soft on Russia," said Nick Shapiro, former CIA deputy chief of staff.