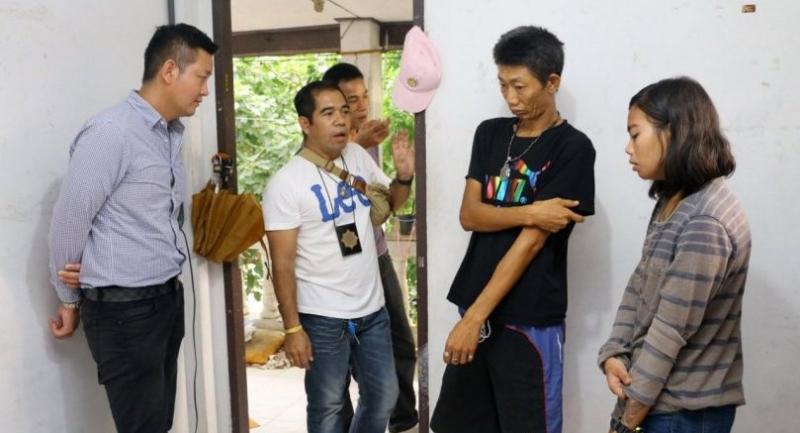 District officials arrested a man and his daughter for using drugs in monks’ living quarters at a temple in Chon Buri’s Sattahip district on Wednesday morning.

Officials also seized “ice” methamphetamine and drug paraphernalia from the room, where the father and daughter lived. Pongphan said his district had received complaints from monks that the two had been living in the temple, subsisting on food collected as alms, and had also been using drugs.

They also allegedly let teenagers take drugs in their room at night.

Pongphan said the monks did not dare to chastise the two because Yutthana is a nephew of the abbot.

He added that Pawida had received the drugs from her boyfriend, who the authorities were seeking to arrest.