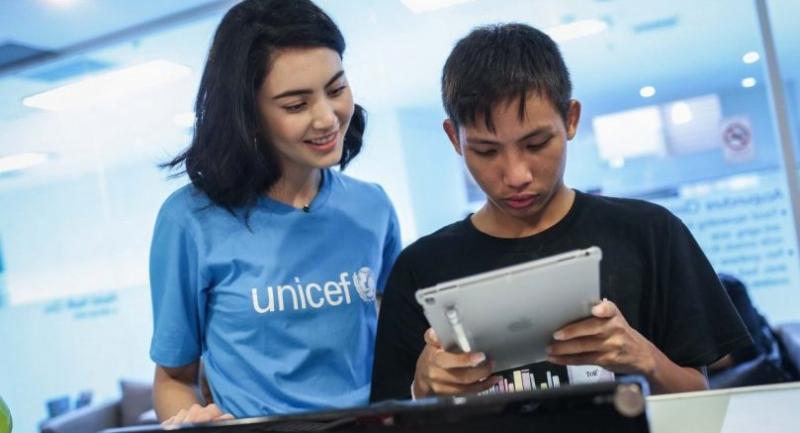 By The Nation
Bangkok

A new online sexuality and health service was launched on Friday targeting young people in Thailand who are most vulnerable. The service provides tailored health information, real-time counselling and referrals to sexually active young men, including young men who have sex with men (MSM) and transgender women (TG).

The service aims to help curb the spread of HIV and other sexually transmitted infections (STIs) among these populations. The rates of HIV infection, notably among the young MSM population in Thailand, are considerably higher than in the rest of the population. According to the Ministry of Public Health (MOPH), an estimated 52 per cent of new HIV infections in Thailand in 2017 occurred in male-to-male sexual transmission. Health data also show a high HIV-prevalence among MSM in Bangkok, at 20 per cent in 2014, compared with just 1.1 per cent among adult population across Thailand. However, coverage of HIV testing remains low; UNAIDS data in 2015 estimating that only 31 per cent of MSM in Thailand knew their HIV status.

The new online service Lovecare YM2M: Young Men Health Station http://ym2m.lovecarestation.com/ aims to reach young MSM and TGs who are considered at high risk of contracting HIV, for example those who have multiple partners, frequent unprotected sex, and sexual activities around MSM hotspots. “Thailand has been highly successful in reducing HIV transmission in recent decades. But HIV infections are still high among particular population groups. This is a major public health concern in Thailand today,” said Thomas Davin, Unicef Representative for Thailand at a press conference in Bangkok announcing the Lovecare YM2M service. “We need to do everything we can to give young people at risk the information and services they need to be able to protect themselves from HIV and STIs.”

The YM2M online service offers real-time counselling through chat rooms where young MSM and TGs can chat live with doctors, nurses and trained staff on topics that concern them, related to anything from sexual identity, sexual behaviors, to love and relationship, and testing for HIV and STIs.

In addition to providing real-time counselling, the online clinic at http://ym2m.lovecarestation.com/ also helps refer young MSM and TGs who need HIV testing, diagnoses and treatment to actual clinics at no cost or at an affordable price. Currently, there are 23 referral clinics in Bangkok providing youth-friendly sexual health services and free HIV and syphilis testing to young MSM and TGs referred from the YM2M network.

“Offering health advice and assistance online to young men who have sex with men is a welcome addition in our efforts to tackle the HIV epidemic among this risk group. As online channels are very popular among the younger demographic, we are very hopeful these services will make a real impact,” said Thierry Roels, Division of Global HIV and TB, Thailand MOPH-US CDC Collaboration.

“HIV incidence among young MSM is higher than in other groups of population. HIV testing among youth with risks is still low. The Bureau of Aids, TB, and STIs, with partners, promote young MSM-friendly services; youth with risks could get free HIV testing at health facilities in the YM2M network and referred to care, if tested positive. Those eligible with negative status are offered PrEP, and encouraged to use condom and reduce risk behaviours,” said Dr Samarn Futrakul, director of the Bureau of Aids, TB, and STIs.

“I’m so impressed with this whole project. Young people need to know their status and they need access to information and services that that can protect them and their friends, and this service gives them that information anonymously and in a way that is easy to access,” said Mai-Davika Hoorne, Friend of Unicef, who attended the press conference and visited one of the youth-friendly clinics in Bangkok. “Every young MSM and transgender woman should try the YM2M online counselling services and visit the clinic. It is very friendly and it is specially designed to address their needs.”