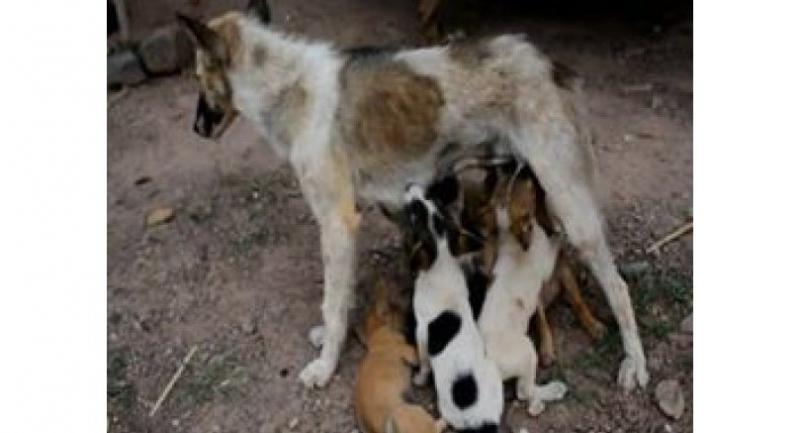 By Nirand Chaichutikarn
The Nation

The abbot of a remote monastery on a mountain top in Mukdahan is seeking urgent help for 35 starving stray dogs.

Phra Palad Sonthaya Munsekwit, the abbot of the Ban Na Hua Phu monastic centre, said he had not received enough food when collecting alms to feed the starving animals.

He said the dogs had fled a nearby village and made the temple their home.

The abbot said he had to walk two kilometres down the mountain to collect alms, which he shared with the dogs.

The Nation visited the monaster and witnessed a skeletal female dog that apparently had insufficient milk to feed her puppies.

The abbot said he hoped someone would take care of the stray dogs or adopt them.