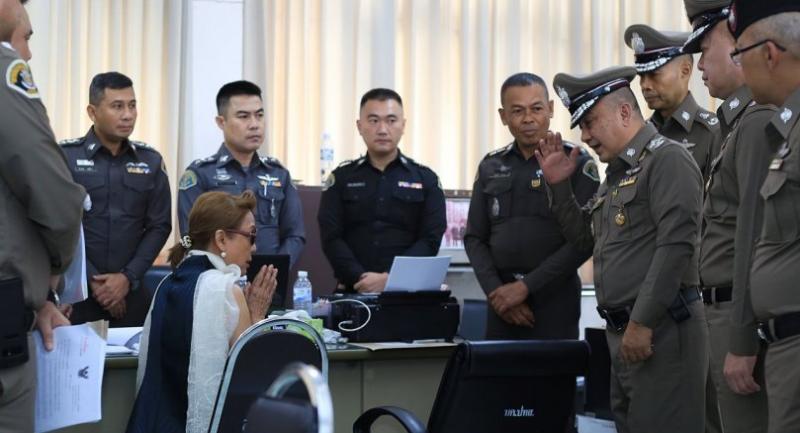 The wife of embattled construction tycoon Premchai Karnasuta was on Tuesday charged with having two pairs of African elephant tusks without a permit.

Kanitha Karnasuta, wife of the CEO of the Italian-Thai Development company, claimed during a meeting with police that she did not know the tusks were from Africa and said they were inherited from her relatives. The seizure of the tusks and 43 guns from Premchai’s house in Bangkok was the result of investigation after Premchai was arrested in early February on nine counts of poaching in a Kanchanaburi wildlife sanctuary.

A woman, Wandee Sompoom, was also charged as she countersigned the permit application as a witness which said that the tusks were from local elephants. Deputy national police chief Pol General Srivara Rangsibhramanakul, as chief investigator, said that both suspects denied the charge, insisting they did not know that the tusks were from African elephants.

Kanitha claimed that she inherited the tusks from her relatives who were already dead, Srivara said.

However, forensic officials identified the tusks as being from Africa and police could find no record of them being imported.

“Therefore, the presence of the tusks was violating customs laws. However, in their defence, they claimed they thought the pairs were from Thai elephants,” he said.

Meanwhile, Banyat Sai-arun, director of the wildlife protection division, the Department of National Parks and Wildlife revealed that photos of the tusks and their sizes were provided during the permit application.

The permits were registered in 2015. Both suspects were taken to Rachadapisek Court to apply for bail, Srivara said. There was no objection to their bail as they met police as summonsed.