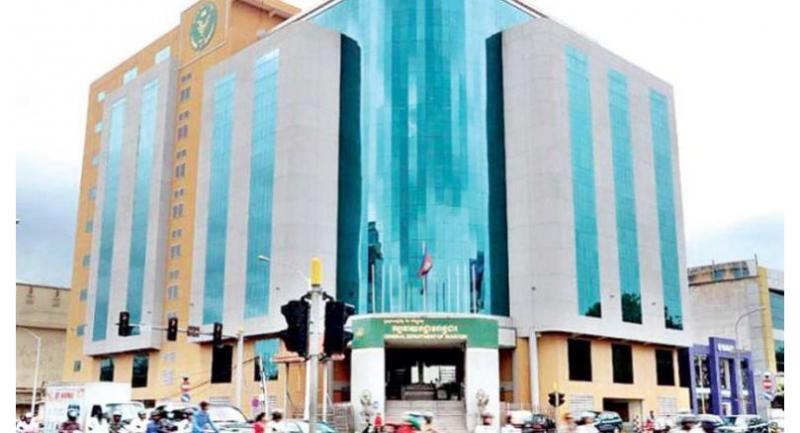 Traffic passes in front of the General Department of Taxation office in Phnom Penh. Pha Lina

The Phnom Penh Post is currently negotiating a tax bill with Cambodia’s General Department of Taxation (GDT), the newspaper’s CEO said on Tuesday, denying media reports that The Post was on the verge of shutting down, and characterising the negotiations as “routine”.

Marcus Holmes, who has been CEO since late 2017, said on Tuesday that the negotiations with the GDT began in December.

“It’s so routine,” he said, referring to the negotiations. “We fully expect we are going to explain this, [the GDT] is going to accept that and everyone is going to be happy.”

News articles published by online outlet AEC News and Catholic newswire UCAN had asserted that the negotiations were exceptional and threatened the newspaper with closure, claims that Holmes disputed. The pieces relied on anonymous sources claiming to be either “hackers” or close to Phnom Penh PostPublisher Bill Clough.

Holmes rejected various claims that The Post was threatened with closure in the next 60 days; that the company was being penalised for failing to disclose a $2.5 million transfer from Australia; or that a deadline to pay back a $200,000 loan from a local bank was “very soon”.

He did acknowledge that the government had sent a letter alleging that the paper failed to follow proper reporting requirements regarding a $2.5 million money transfer from Australia, where Clough resides.

“There’s some very complicated tax legislation to do with injecting capital into Cambodia from outside,” Holmes said, explaining that it was a routine part of The Post’s operation to receive funds from Australia.

He said that the issue was now subject to negotiations, and that the talks are confidential. The GDT’s policy is to not comment on specific negotiations.

The issues of tax compliance and press freedom intersected last September when English-language newspaper the Cambodia Daily, often critical of the government, was shuttered over a disputed $6.3 million tax bill. Observers connected the paper’s shutdown to a larger crackdown on independent media and the political opposition that was occurring at the time, though that claim was fiercely rejected by the GDT.

But throughout Tuesday’s interview, Holmes characterised The Post’s negotiations as routine for any business, and said that The Post’s status as the last independent newspaper in Cambodia had not affected the negotiations with the GDT.

Holmes said on Tuesday that the negotiations were ongoing and had no specific deadline, adding the newspaper was likely to file its latest reply to the Tax Department this week or early next week.

Other matters raised in the articles included a loan owed to a local bank, which Holmes said was normal, adding that the company had plans to pay it off within the next year.

The articles also referred to a payment ordered by the courts in a wrongful dismissal suit brought by former CEO Chris Dawe, who was dismissed for cause in 2015. The Post will be appealing the ruling to the Supreme Court soon, Holmes said.

“None of this is new, or interesting, or surprising,” he said.

“It’s all painted in these apocalyptic terms because we’re the last independent newspaper in Cambodia. If we weren’t . . . it would be very boring, and no business editor would be vaguely interested in publishing anything about it.”