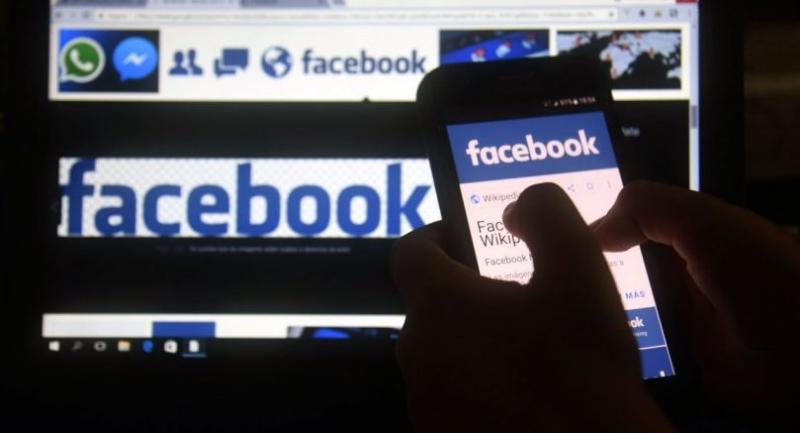 In this file photo taken on March 22, 2018 a cellphone and a computer screen display the logo of the social networking site Facebook in Asuncion./AFP

A US consumer protection agency said Monday it has opened an investigation into Facebook's privacy practices, another blow to the social network, which is struggling to deal with a growing crisis on misuse of private data.

The Federal Trade Commission confirmed news reports from last week that it had opened an inquiry over the harvesting of data on tens of millions of Facebook users by the British consulting group Cambridge Analytica.

While the FTC normally refuses to comment on its probes, it took the unusual step of confirming a "non-public investigation" into Facebook over whether it mishandled private data or violated a 2011 agreement which settled an earlier probe.

Acting FTC consumer protection chief Tom Pahl said the agency will look into whether Facebook violated its privacy promises or failed to comply with the US-EU agreement on data protection known as the Privacy Shield.

The agency also will also determine if Facebook engaged "in unfair acts that cause substantial injury to consumers in violation of the FTC Act."

The FTC suggested that Facebook could face new legal problems if it violated the consent decree with the consumer agency in 2011 settling charges that it deceived consumers on how it handled private data.

Facebook shares reversed early losses and closed up 0.42 percent on Monday, after having lost some 14 percent last week.

Separately, Senate Judiciary Committee chairman Charles Grassley said he had asked Facebook CEO Mark Zuckerberg to appear at a hearing on April 10 "to discuss Facebook's past and future policies regarding the protection and monitoring of consumer data."

Germany's justice minister meanwhile said Monday that Facebook should face "stricter" oversight and be more transparent with its users.

Speaking after a meeting with European Facebook executives in Berlin, Justice Minister Katarina Barley said the firm's assurances that it had already cracked down on the misuse of personal data were "not enough."

"In future we will clearly have to monitor companies like Facebook more strictly and punish data protection violations severely and quickly," she told reporters.

The world's biggest social network is facing calls on both sides of the Atlantic for more information on how its user data was leaked. Several US states have opened investigations.

A public apology by Zuckerberg has failed to quell outrage over the hijacking of personal data.

Separately, Facebook disputed reports that it had been logging call and text data surreptitiously from its users.

A Facebook statement said call and text history logging "is part of an opt-in feature" for those using Messenger or Facebook Lite on Android.

"This helps you find and stay connected with the people you care about, and provides you with a better experience across Facebook," the statement said, while pointing to ways users can turn off the feature.

In London, authorities said they were assessing data seized in a raid on the offices of Cambridge Analytica as part of their investigation.

About 18 enforcement agents from the Information Commissioner's Office participated in the raid late Friday after getting a court order.

"This is one part of a larger investigation by the ICO into the use of personal data and analytics by political campaigns, parties, social media companies and other commercial actors," the UK agency said.

Cambridge Analytica, which worked on US President Donald Trump's election campaign, has been accused of illegally mining tens of millions of users' Facebook data and using it to target potential voters.

Facebook took out full-page ads in nine major British and US newspapers on Sunday to apologize to users.

"We have a responsibility to protect your information. If we can't we don't deserve it," Zuckerberg said in the ads.