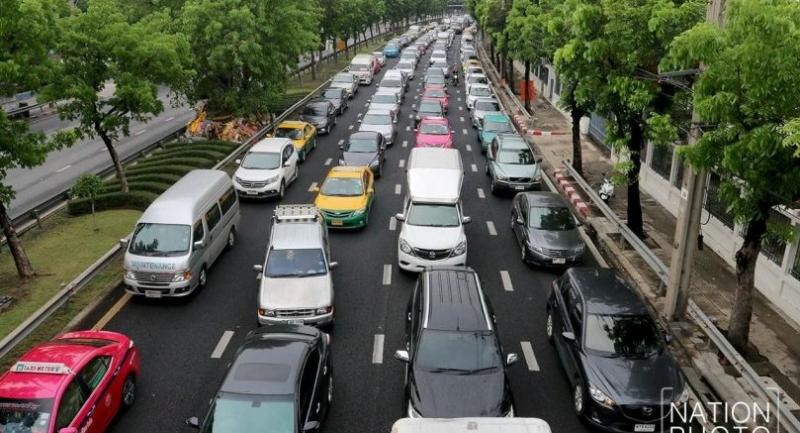 Bangkok was hit by heavy rains early morning on Tuesday, flooding several roads and causing traffic congestion even before the daily rush hour.

The rains started at about 5am. Several roads and sois in the Lat Phrao, Ratchadaphisek and Ramkhamhaeng areas were under water.

Lat Phrao Soi 80, which links to Huay Khwang, was inundated.

Lat Phrao Soi 94 was under water near the Town in Town housing estate while flooding occurred on Ramkhamhaeng Soi 21 from the Saen Saeb bridge to the Pradit Manootham intersection.

Two left lanes of Pradit Manootham Road from Ban Ton Sung residence to AC Park 2 Hotel were under water. At some spots, the water was as high as 20 centimetres.

The Pracha Uthit Road, the Meng Jai intersection and Soi Rartchada Nitwet were also under inundated with water levels almost 30 centimetres high at some spots.

The intersection near the Huay Kwang district office and some parts of the Pracharat Bamphen were also under water.

The Bangkok Flooding Prevention Centre reported at 7.20am that rains had lashed both the Thonburi and Bangkok sides of the Chao Phraya River.

The SorWorPor 91 traffic radio station reported at 7.20am serious traffic congestion in the area from the Ban Kaek intersection on Prajadhipok Road to Pinklao Bridge.