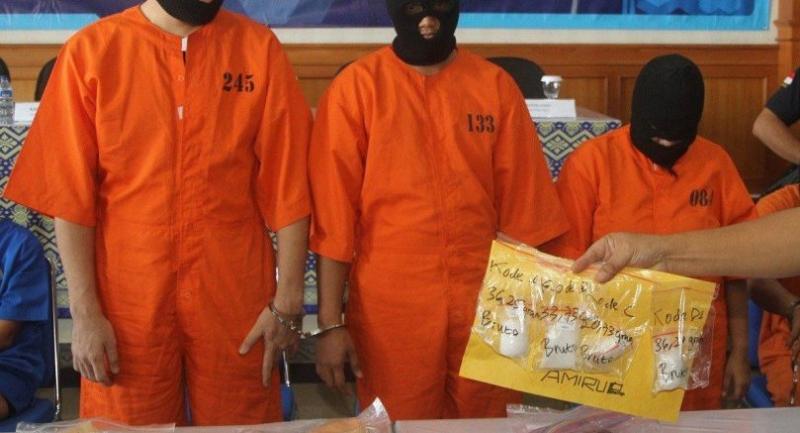 A Malaysian has been arrested in Bali for allegedly attempting to smuggle drugs onto the resort island.The police found crystal methamphetamine hidden in his rectum.

AA, 23, was arrested by Ngurah Rai Airport customs and excise officers on March 11 upon his arrival at the international airport via Thai AirAsia FD 396 from Bangkok. AA was arrested along with his two Indonesian friends, S, 24, and AP, 25, who also brought drugs into Bali.

AA, S and AP were looking suspicious when they were passing the security check at the customs desk of the airport's international terminal.

"X-ray scanning showed that there were suspicious things in their bodies and among their belongings," Ngurah Rai Customs and Excise office head Himawan Indarjono told a press conference on Monday.

Following the X-ray, the police took them to the customs and excise room for a further check, including a body search. Customs officers found 36.2 grams methamphetamine in AA's bag. A body search yielded three small packets of methamphetamine weighing 36.25 grams, 33.73 grams and 20.73 grams. "All those three packets were hidden in his rectum," Himawan said.

Officers found four packets of meth on AP — two in her rectum and two others in her vagina. In total she allegedly carried about 140 g of meth.

The three suspects are now facing drug charges, which carry a death penalty