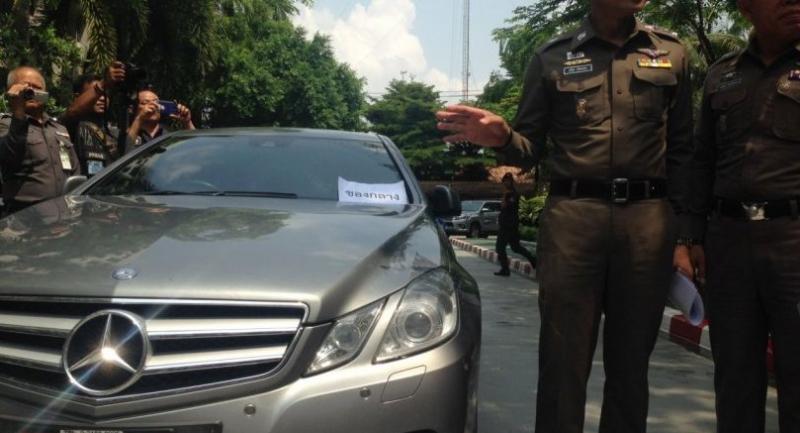 This case could serve as a cautionary tale for others, he said. Alleged thief Prayoon Sornongbua, 38, pretending to be a potential customer requested a test drive in early February, during which he allegedly switched the authentic car key with a fake to prepare for the theft of the vehicle in the early hours of February 25, Suwat said. Also charged were Chanont Chanarattanahiran, 52, who allegedly sold the car to undercover police in a recent sting operation in Bangkok, and second-hand car dealer Yongyuth Laosuksathit, 57.

The sting operation aimed to buy the ill-gotten Mercedez-Benz at the reduced price of Bt440,000 from Chanont, who then implicated Yongyuth as the supplier. The three men were charged with conspiracy to steal cars and possession of stolen vehicles. Yongyuth was nabbed in Bangkok while Prayoon was apprehended in Trang.

Evidence in the case includes the stolen Mercedes-Benz E250 CGI Coupe, the fake key set and 18 car licence plates. Another Honda Civic sedan reported as stolen earlier this week was also retrieved during the investigation – which police said was stolen by Prayoon using a similar false pretence.

The Honda Civic, parked at a Rama IX condominium’s car park was allegedly stolen when the suspect told a key technician to unlock the vehicle, claiming that the car belonged to his boss who was occupied with an urgent matter. The Honda Civic actually belonged to a 24-year-old woman.