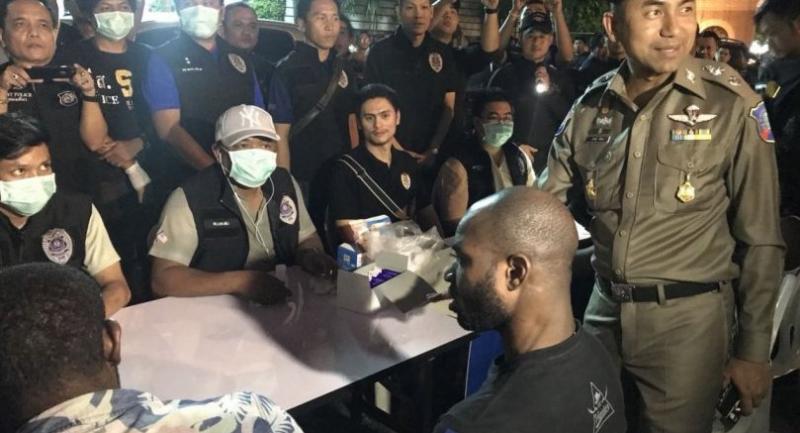 A total of 80 foreigners were arrested in the latest such crackdown led by deputy police chief Pol Maj-General Surachet Hakpal.

Surachet held a press conference at 2am at the Grace Hotel on Soi Sukhumvit 23 to announce the results of the sixth X-Ray Outlaw Foreigner operation that ran from Thursday until the early hours of Friday. In the latest operation, police searched 127 spots around the country, including 13 international schools, 17 language schools and 61 normal schools, Surachet said.

He said 18 people were arrested on charges of overstaying their visa – five Indians, four Cambodians, two North Koreans, two Americans, two Britons, one Turk, one Kyrgyzstani and one Laotian. Eight other foreigners were arrested on other criminal charges –four Vietnamese, two Myanmarians, one Indian, and one Briton.