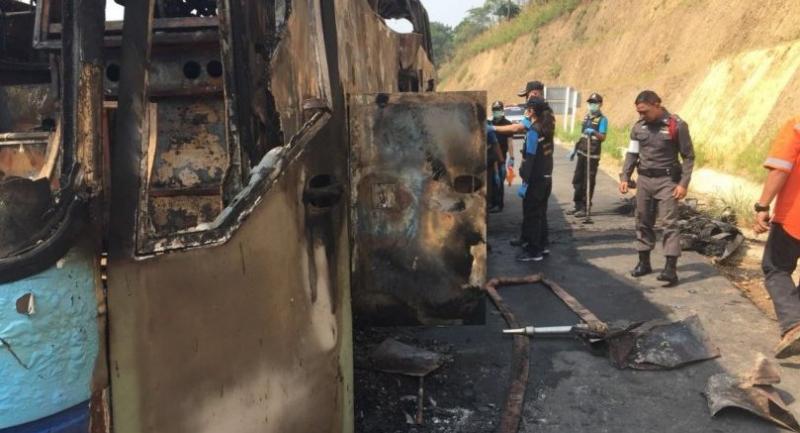 The Tak governor and Tak police chief will coordinate with government agencies to help relatives enter Thailand to retrieve the bodies of 20 Myanmar workers killed in a bus fire in the province’s Muang district early on Friday.

They said they would coordinate with government agencies concerned to make it easy for the relatives to retrieve the bodies.

The bodies need to first be identified after being burned beyond recognition.

Rescuers said the bodies were found piled up on one another near the exit doors.