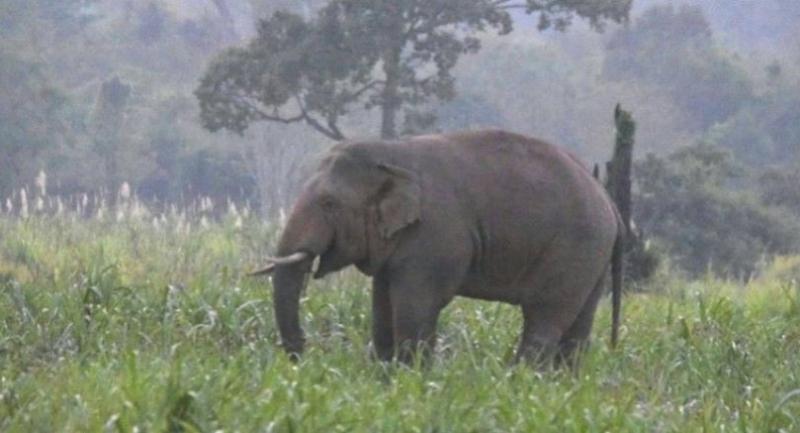 An elephant killed a 70-year-old farmer in Nakhon Ratchasima on Thursday night and stood by while officials, alerted to the attack, searched for the body.

Five hours after the attack was reported, Uthon Khanthong was found dead in a stand of sugarcane next to his field of corn in Ban San Kamphaeng, Wang Nam Khiao district, just 500 metres from the boundary of Khao Yai National Park.

The distressed elephant, known to area residents as Ai Biang, was standing nearby, forcing the searchers to take care in recovering the body.

Park officials believe Uthon found the lone elephant foraging in his field and tried to chase it off by waving a flashlight.

The flashlight and his sandals were found some distance from the body, suggesting he’d attempted to flee the charging elephant.