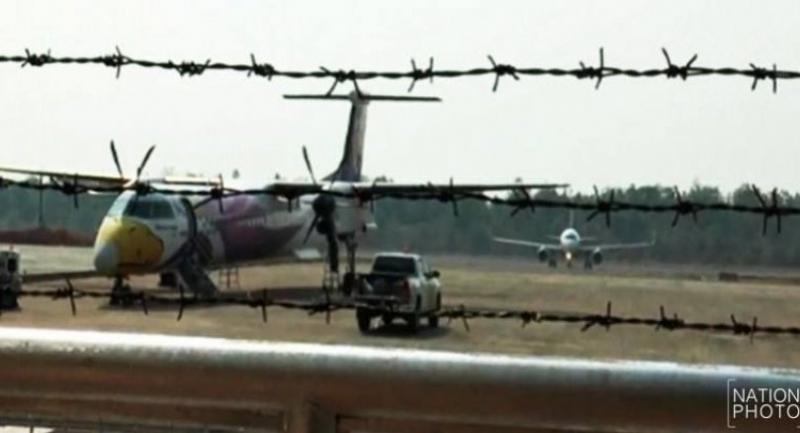 The plane was finally towed to the NokAir hangar at 7.30pm Monday and services resumed the next morning, airport director Sommai Chaiyanit said.

NokAir Flight DD9603 was aborted as soon as the oil leak was noticed.

Several incoming flights from China had to be diverted elsewhere throughout Monday and passengers scheduled to depart from Buri Ram had to be bused to Roi Et International Airport.

Sommai said the incident was not the airport’s fault but apologised for all inconvenience.