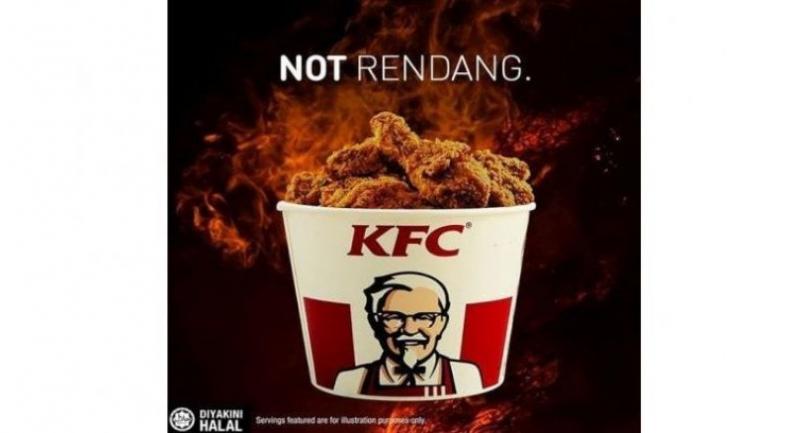 Petaling Jaya - Fast food chain KFC has pulled a mischievous advertising stunt as it jumps onto the "Rendangate" bandwagon.

KFC Malaysia posted on its Instagram a photo of a bucketful of fried chicken against a backdrop of blazing flames. The photo's headline reads: "Not Rendang".

In its captioned photo, KFC said: "The only thing that should be crispy is our fried chicken".

Instagram user izzs said if a person wanted crispy chicken then it is best to remember KFC.

On Monday (April 2), in a MasterChef UK episode, Zaleha had prepared a traditional rendition of nasi lemak with chicken rendang.

However, judges Gregg Wallace and John Torode had criticised the rendang that came with Zaleha's nasi lemak. The criticism caused Zaleha to be eliminated from the programme.

Wallace had criticised the chicken skin for not being crispy enough, saying that he couldn't eat the chicken because of this. "The chicken skin isn't crispy. It can't be eaten and all the sauce is on the skin, I can't eat," Wallace said.

Torode said that the chicken rendang had not enough time to cook down and become "lovely and soft and falling apart".

Earlier, former prime minister Mahathir Mohamad had also responded to one of the chefs on Twitter, "Maybe you are confusing rendang chicken with KFC," in reference to the fried chicken chain.