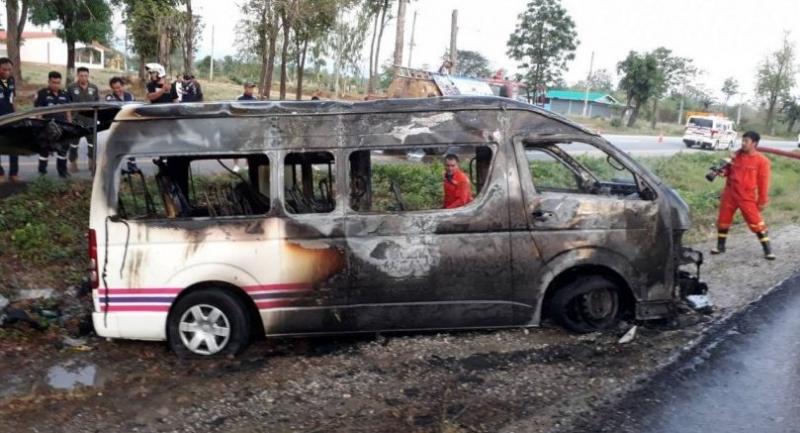 Police said the van, which was transporting seven Myanmar men and seven women, ran off the road when the front right tyre burst.

The fuel pipe broke as the van hit the shoulder, and it caught on fire 15 minutes later. Police said no one was injured as the driver, Singthong Sukprasert, 53, and the passengers got out of the vehicle before it caught on fire.

The van was travelling to the border district of Mae Sot, where the migrants were to cross the border to celebrate Songkran at home.