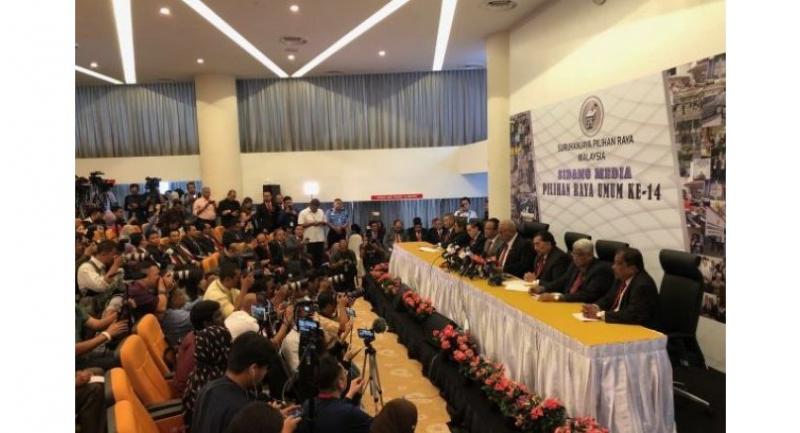 PETALING JAYA: Malaysians will go to the polls on May 9, which falls on a Wednesday, the Election Commission (EC) announced.

EC chairman Tan Sri Mohd Hashim bin Abdullah, in a broadcasted announcement on TV1, said that nominations for the 222 parliamentary and 587 state seats have been set for April 28.

Early voting for military and police personnel as well as voters living abroad has been fixed for May 5.

The EC on Tuesday has issued the writ of election and the next day for the notice of election.

Mohd Hashim earlier chaired an eight-men panel meeting at 10am to decide on the key dates for the election including nomination, early voting, and polls.

He said the EC had taken several factors into consideration when deciding on the dates, ensuring that none clash with any significant cultural or religious event.

The 13th Malaysian Parliament was dissolved on Saturday (April 7) to pave the way for GE14.