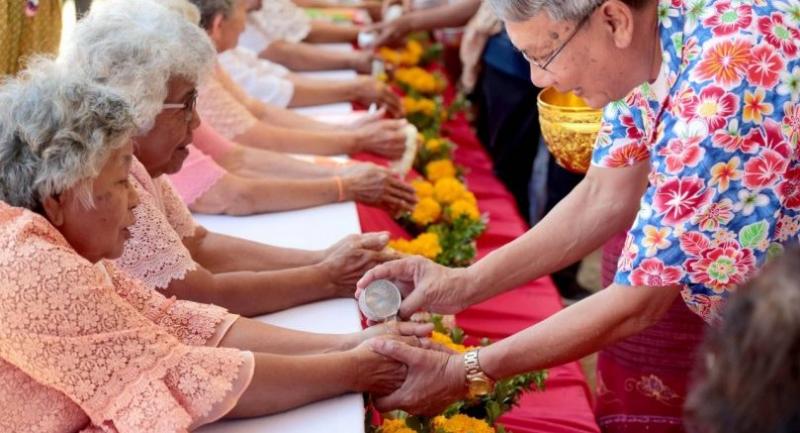 In addition to participating in the Songkran festival, Thais today are marking National Elderly Day by paying respects to their older relatives.

Songkhla province organised a water pouring ceremony to honour local senior citizens as they blend Songkran with National Elderly Day, which takes place annually on April 13. The ceremony was attended by The municipal authorities of Thepa district  .

In Yasothon province, civil servants, merchants and members of the public have paid their respects and poured water on Governor Nikorn Suksai in honour of his role as City Patriarch. The activity is held annually in the province.

Bangkok’s Health Department held a ballroom dancing showcase involving senior citizens ahead of National Elderly Day. Intended to promote the care and value of older citizens, the event theme was “Three Generations Coming Together, 4.0 Era Elderly”. It was the latest in National Elderly Day events held by the office to empower seniors.