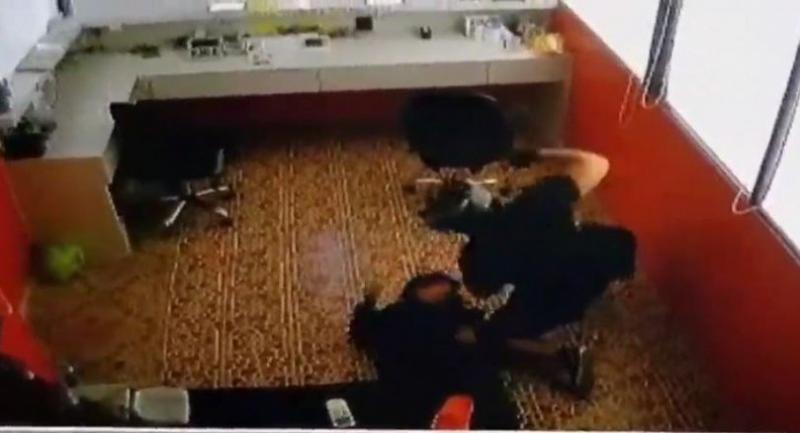 A Russian man was arrested on Saturday night at Suvarnabhumi Airport while trying to flee the country with Bt700,000 he had allegedly robbed from a money exchange service booth on Sukhumvit Road in Chon Buri. The suspect reportedly punched her in the face 13 times until she passed out before getting away with a bag full of cash on a Honda PCX motorcycle. The robbery, which took only a minute, occurred at around 8am and was caught on CCTV camera. Police traced the suspect to a housing estate in Bang Lamung district where he stayed and impounded the rented motorcycle used in the crime. The man escaped in a car before police arrived in the house.

Rybalov was apprehended at 7.30pm at the international airport while waiting to board a flight to Moscow.

The victim was rushed to a local hospital where she is being treated for brain concussion.