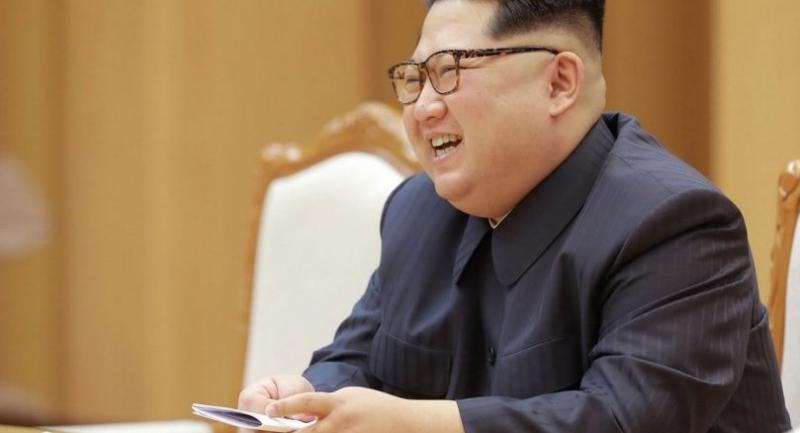 Singapore and Vietnam are among potential choices of locations of expected meeting between US President Donald Trump with Kim Jong Un, the leader of nuclear-armed North Korea.
Seoul - US President Trump says that five locations are under consideration but he gave no clues as to what they might be, and speculation is rife as to the possibilities -- with many contenders suggested.
Here are some of the options:
- Panmunjom -
The truce village in the Demilitarized Zone that divides the two Koreas will host a summit between Kim and South Korean President Moon Jae-in next week.

It offers ease of access for both sides and high security but diplomatic sources have played it down as an option, pointing to the 1976 Axe Murder Incident, when North Korean troops bludgeoned to death two American officers in the area.

That background is unwelcome to Washington, and the site is also the clearest possible reminder of the division of the peninsula.

- Pyongyang -
The sight of a US president stepping onto the tarmac at Pyongyang airport -- where Kim supervised a missile launch as recently as September -- and driving through Kim Il Sung Squ are would be spectacular.

It would appeal to both men's sense of drama.

But it risks giving the North Koreans too much control over the process, and rewarding the North with a presidential visit before anything has been agreed.

- Seoul -
A member of the Kim family has already been to the South Korean capital this year -- the leader's sister Kim Yo Jong, who acted as his envoy to the Winter Olympics in the South that triggered the whirlwind of diplomacy on and about the peninsula.

A trip by Kim himself would be hugely symbolic but risks being highly controversial in the South across the political spectrum.

It might also make Kim a bigger focus of attention than Trump, something the White House will want to avoid, and which could detract from the negotiations.

- Beijing -
Both Trump and Kim have visited the Chinese capital in the last six months.

But a summit there would be fraught with complications -- China was itself a participant in the Korean War, when its forces saved Kim's grandfather Kim Il Sung from defeat, and a signatory to the 1953 armistice that stopped the fighting.

Beijing has long been Pyongyang's main diplomatic defender and source of trade and aid, and while the relationship soured more recently, Kim went there last month on his first visit overseas since inheriting power to pay his respects to Chinese leader Xi Jinping.

A summit in Beijing could risk giving Xi too much influence -- China regards the North as very much part of its backyard -- and the right to claim credit if a deal is reached.

Chinese authorities also have a track record of imposing strict and intrusive security and limiting media access to international diplomatic events on their territory, which could restrict the meeting's impact as a global spectacle -- something both principals will likely want to maintain.

- Ulaanbaatar -
A popular outside bet among Korea-watchers, the Mongolian capital can be reached from the North by both air and train, has ties with both Pyongyang and Washington - and has publicly offered to host the meeting.

The then Mongolian President Tsakhia Elbegdorj visited the North in 2013, and nearly 1,200 North Koreans worked in the landlocked country until regulations passed following UN Security Council sanctions required them to leave last year.

Ulaanbaatar has signed several economic pacts with Washington, and the US military co-sponsors the annual Khaan Quest multinational peacekeeping exercise in Mongolia.

- Switzerland -
Kim does not have the same fear of flying as his father and predecessor Kim Jong Il -- he is known to travel by air domestically -- so destinations further afield cannot be ruled out.

A young Kim studied in Switzerland in the 1990s, including at the International School of Berne, along with his brother and sister, so he is familiar with the country, which has maintained its neutrality for centuries and hosts a North Korean embassy.

- Singapore, Vietnam -
Other Asian options mooted in the media include Singapore, where Xi and Taiwanese president Ma Ying-jeou met in 2015, in the first encounter between the leaders of Beijing and Taipei since they split at end of the Chinese civil war in 1949.

Vietnam is also reportedly under consideration -- a Communist state, but one that has seen relations with the US improve markedly since the end of the Vietnam War in 1975, with an economy that has become increasingly vibrant in recent years.

As the protecting power for US citizens in the North, Sweden has a long history of mediating between Pyongyang and Washington -- and its Pyongyang mission was the first Western embassy established in the country, in 1975.

Alternatively both Kim and Trump's appetite for a place in history could be whetted by the 1975 Helsinki Accords, signed by US president Gerald Ford and Soviet leader Leonid Brezhnev among others, in an attempt to improve relations between the West and the communist bloc in eastern Europe.//AFP