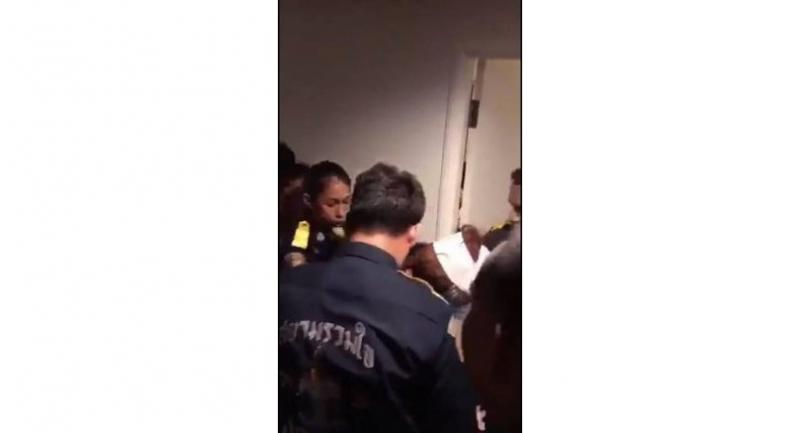 Police rescued a woman, seen being beaten brutally in a Facebook Live broadcast, from a condo in Bangkok on Sunday night.

The broadcast was done through the Facebook account of a man who has portrayed himself as an investment guru.

Based on the door of the room, one of the viewers was able to provide police clues about the location of the incident.

It took police more than two hours to persuade the alleged attacker to open the door.