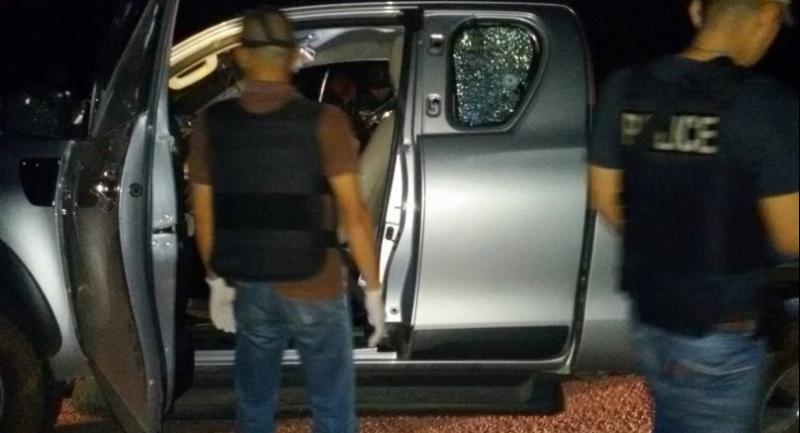 The pickup truck of a well-known kamnan and Hmong leader in Chiang Rai was cut down in a hail of gunfire Tuesday evening, killing his wife and daughter and injuring him and his son.

Thaweesak Yodmaneebanphot, who was driving his pickup with his wife, his son and daughter, is the chief of Tambon Por and president of the Hmong People Club of Thailand. The attack happened when Thaweesak was driving home from his coffee plantation.

His pickup was riddled with bullets that also cut through the windshield and side windows.

Police said Yia Wongnaphapaisarn, 40, and Chayaporn Yodmaneebanphot, 5, were killed in their seats. Thaweesak and Chaimongkol Yodmaneebanphot, 3, were severely injured and were rushed to the Chiang Rai hospital.