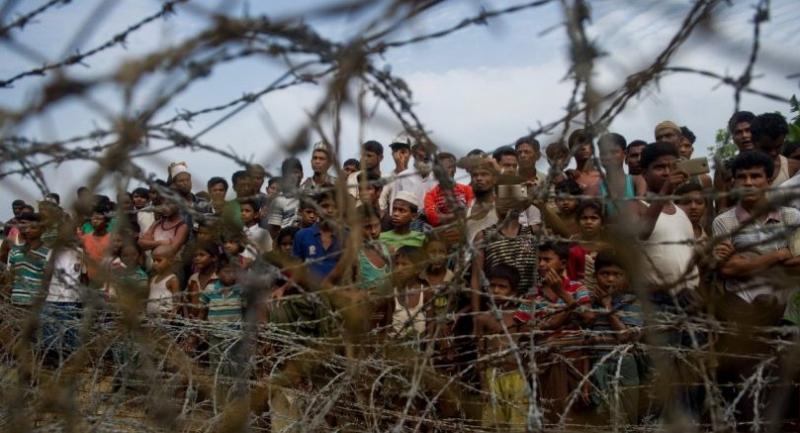 Maungdaw, Myanmar - A United Nations Security Council delegation which wants to see first-hand the impact of the Rohingya refugee crisis will arrive in Myanmar on Monday and visit Rakhine state, a senior government official said.

It will be the highest-profile UN visit to Rakhine since the start last August of a violent military crackdown on the Rohingya Muslim minority, which the UN and US have described as ethnic cleansing.

Mainly Buddhist Myanmar disputes the charge but has severely curtailed access to the conflict zone, blocking UN fact-finders and a rights envoy from entering the country.

After the Security Council first proposed a visit in February, Myanmar's government said it was "not the right time" but it gave approval earlier this month for the visit by the 15 council ambassadors.

The crackdown has driven some 700,000 Rohingya into Bangladesh.

"They will come to Naypyidaw on 30th (April) and will proceed to Rakhine the next day," a senior Myanmar official with knowledge of the trip told AFP, without providing more details.

The army's scorched-earth campaign left hundreds of Rohingya villages razed to the ground while refugees have given consistent testimony of murder and rape.

Myanmar's military rejects the allegations and insists the response was a justified campaign to root out members of the Arakan Rohingya Salvation Army, who killed around a dozen members of the security forces in August raids on police posts.

Myanmar and Bangladesh signed a repatriation deal for refugees to return in January but so far only one family has returned from a no man's land between the two nations.

Several thousand Rohingya remain in the border zone, refusing to join the throngs in Bangladesh's refugee camps but also reluctant to return until their safety and rights are secured.

Many Rohingya fear that returning to Myanmar will mean they fester for years in apartheid-like camps. In southern Rakhine some 130,000 Rohingya remain trapped in displacement camps after fleeing persecution in 2012.

The stateless group has faced decades of discrimination in mainly Buddhist Myanmar, which stripped them of citizenship.

"We will carry on waiting here until we are allowed to go back to our homes," Rohingya leader Dil Mohamed told reporters from no man's land through the border fence on Wednesday during a government-organised press trip.

"Our parents and grandparents are all citizens of this country... how come we are not citizens?"//AFP