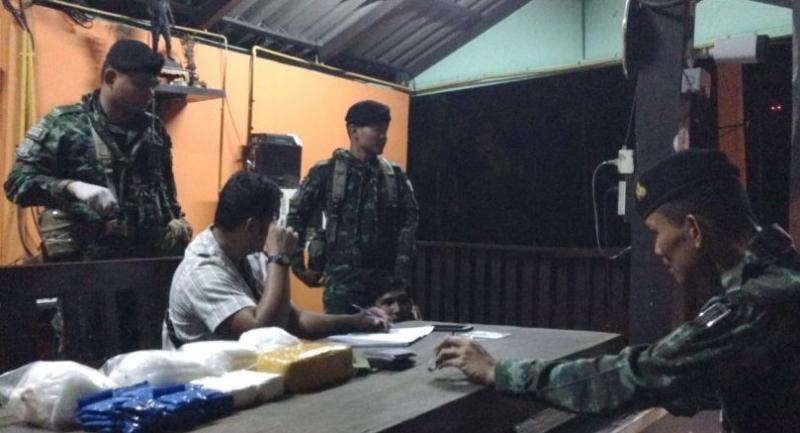 A Kanchanaburi man was arrested on Wednesday allegedly trying to smuggle 20,000 methamphetamine pills and four kilograms of crystal meth (“ice”) in from Myanmar.

Chakkrit Bucha, 31, of Si Sawat district, was stopped in his pickup truck on a border road in Sangkhlaburi district.

Police had been tipped off and found the drugs in a search of the vehicle. They said Chakkrit admitted he’d been paid Bt70,000 to ferry the drugs to Muang district, where another courier was to pick them up.

Police claimed he had previously smuggled 2,000 meth pills and a kilogram of ice along the same route.