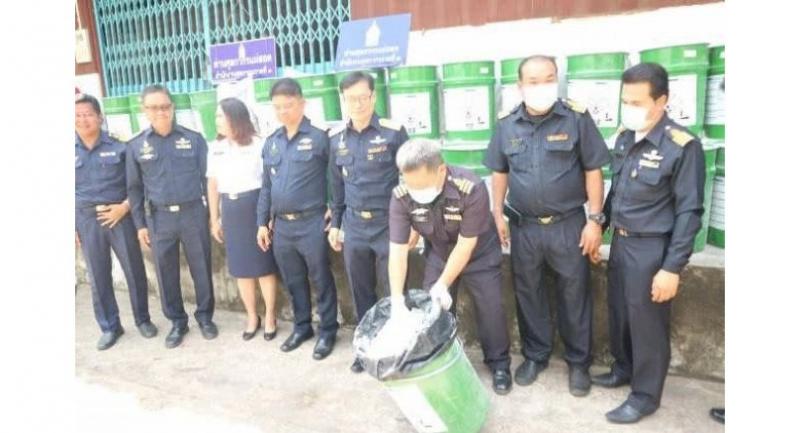 Thai authorities on Sunday intercepted 3,500 kilograms of sodium cyanide heading across the border to Myanmar.

The chemical compound, a substrate used in the production of narcotics, was hidden among shoes and toys in a pickup truck driven by a 25-year-old Myanmar man.

Tak Governor Charoenrit Sa-nguansat announced on Monday that Kyaw Phyo Aung was arrested and 70 50-kilogram containers of sodium cyanide were seized at the Mae Sot-Myawaddy border checkpoint on the Thai-Myanmar Friendship I Bridge. The authorities were on the lookout for the shipment, having intercepted a slightly smaller load in Chiang Rai on March 26.

Mae Sot Customs chief Wallop Wutthapanich said officials became suspicious because the truck was obviously carrying a much heavier load than what was indicated on the driver’s declaration of goods.