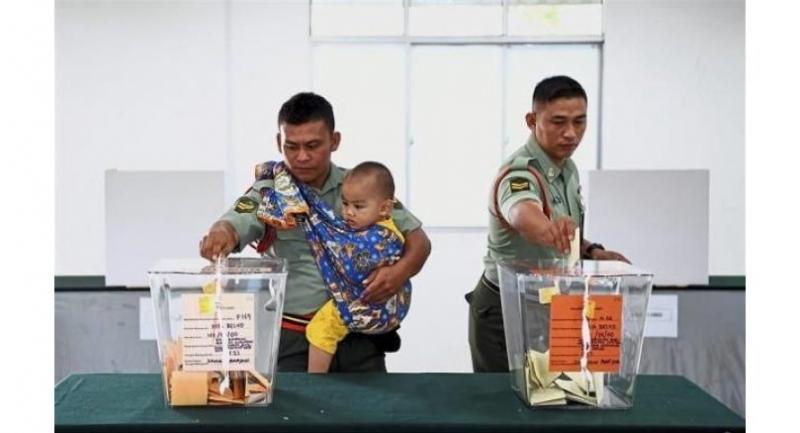 The chairman has assured the public that there is nothing to worry about regarding postal votes.

“I am aware of concerns that some postal voters have not received their ballots but let me assure you that there are no technical problems.

“I am confident that postal votes, including the overseas ballots, will return in time. We still have time so there is no need to worry,” he told a press conference after visiting the Senior Officers Mess early voting centre in Bukit Aman yesterday.

In fact, there are those in South Korea who have already received their postal votes and sent back to their respective returning officers, he said.

“We assigned Pos Malaysia (to handle postal votes) and I am sure they are up to the task,” he said.

Postal voting is for the police, armed forces, employees of nine other government departments, members of the media, and Malay­sians residing overseas (except in Singapore, southern Thailand, Brunei and Kalimantan).

On early voting, a total of 278,590 people are eligible to cast their votes for this general election.

“The early voters consist of 159,677 from the armed forces and 118,913 from the police, including retired police personnel.

Done it: Members of the armed forces showing their ink-stained forefinger after casting their votes. — Bernama

Asked whether officers such as Khalid should have changed their addresses after retirement, Mohd Hashim said it was not wrong for retired personnel to be early voters.

“He has the right to change his address but it does not mean you have to do so right after you retired,” he said.

Asked on claims by Bersih 2.0 that they found 500,000 voters with the same address and two million others with no address, Mohd Ha­­shim urged the election watchdog to pass the information to the EC.

Army personnel queuing up to cast their votes at SK Kem Kementah in Kuala Lumpur yesterday in early voting for GE14. The exercise involved 278,590 security personnel including their spouses. See reports on Page 2. — AZHAR MAHFOF/ The Star

“The safety of the votes is ensured. All ballot boxes will be brought to the voting stations on May 9, starting from 4pm.

“All the ballot boxes that have been used will be kept safely. That is our promise,” he said.