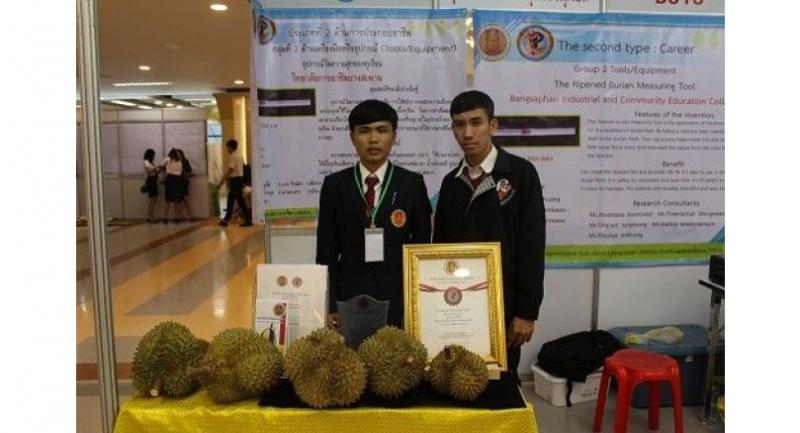 Three technical school students in Prachuap Khiri Khan have invented a pen for checking the ripeness of durians with apparent 100 per cent accuracy.

The three students – Methee Khampuan, Phanthiwa Khamkaew and Somsong Chaeng-aksorn – spent three months to design and create the pen, which features a long needle with a tip that pierces the durian’s peel and then measures the resistance force of the inside meat.

The pen has won the best innovation award in the province for the 2017 academic year, said Jitwattana Boonlert, head of the factory mechanics department of Bang Saphan Vocational College where the students study.

Current testing for ripeness involves experts listening to the sound when they gently touch the peel with a tiny stick. To be more certain, the peel must be slightly cut open and buyers must press the meat to feel whether it is hard or soft.

Buyers and sellers have often engaged in after-sale disputes when purchased durians were found not be properly ripe, noted Jitwattana Boonlert.

Jitwattana said the pen could be used to accurately check the ripeness without having to first cut open the fruit’s peel.