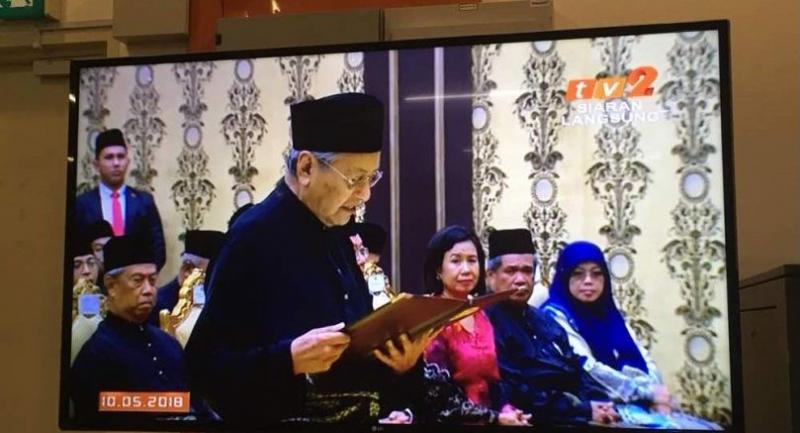 Dr Mahathir took his oath of office as Prime Minister before Yang di-Pertuan Agong Sultan Muhammad V at the Istana Negara at 9.57pm Thursday (May 10).

This means that Dr Mahathir will be the world's oldest prime minister and the first Malaysian to be premier twice.

Dr Mahathir was previously prime minister from 1981 to 2003, the longest-serving in Malaysian history.

At a press conference earlier, Dr Mahathir said he would appoint Dr Wan Azizah as deputy prime minister once he is sworn in.

Dr Mahathir received the mandate to form the government through Pakatan, which managed to wrest 113 out of 222 federal seats in GE14.

Parti Warisan Sabah, which has a working relationship with Pakatan, has eight parliamentary seats, while independent Batu MP P. Prabakaran and Upko acting president Madius Tangau, the Tuaran MP, have also indicated their support for the coalition.