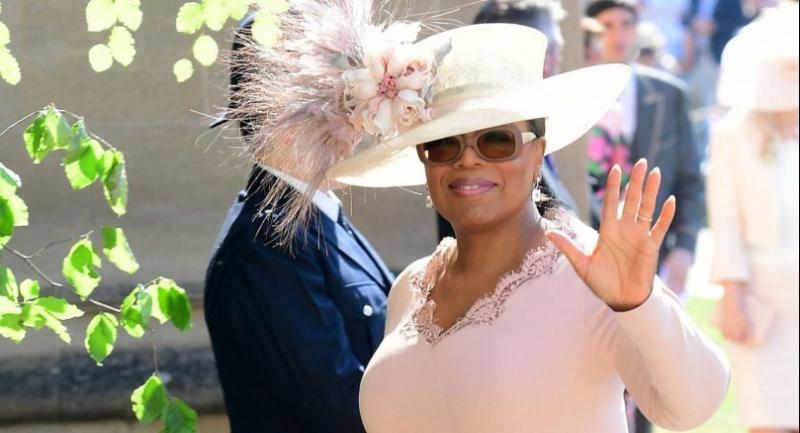 US presenter Oprah Winfrey arrives for the wedding ceremony of Britain's Prince Harry, Duke of Sussex and US actress Meghan Markle at St George's Chapel, Windsor Castle, in Windsor, on May 19, 2018. / AFP PHOTO / POOL / Ian West

Oprah Winfrey and Idris Elba were among the celebrities in the pews at St. George's Chapel for the wedding of Prince Harry and Meghan Markle on Saturday.

Winfrey, the US talk show queen, was seen strolling through the grounds of Windsor Castle ahead of the service, as was Elba, the British actor who is a star on both sides of the Atlantic for his roles in "The Wire" and "Luther".

Celebrities from Britain and North America took their places among the 600 guests the chapel, including US former actress Markle's co-stars in the TV legal drama series "Suits".

Harry struggled to find lasting love, with the pair finding the scrutiny and weight of expectation all too much.

The three siblings of Harry's mother Diana, princess of Wales, have been invited.

Earl Charles Spencer, who spoke memorably at Diana's funeral on behalf of his family, was seen entering the church.

His sister Jane Fellowes was to read from the Song of Solomon during the service.

Singer James Blunt, famous for his hit "You're Beautiful" and like Harry an army veteran, took his place in the Gothic chapel.

Blunt has performed at the Invictus Games, an international competition for military veterans set up by Harry.

Nicholas Soames, a grandson of wartime prime minister Winston Churchill and a close friend of Harry's father Prince Charles, was also among the guests.

Following the service, Queen Elizabeth II was to host a lunch in the castle's St. George's Hall for the 600 guests.

Charles, the heir to the throne, will be hosting 200 family and close friends from among the guests at an evening reception at Frogmore House.

Politicians have been left off the guest list, meaning there was no invite for US President Donald Trump or British Prime Minister Theresa May.