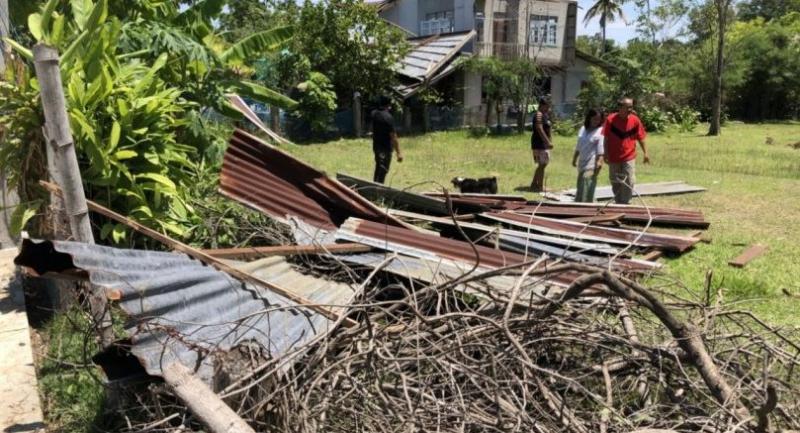 The Disaster Prevention and Mitigation Office in Si Sa Ket on Monday surveyed the damage caused by thunderstorms and found that 276 houses in 36 villages of 17 tambons in six districts were damaged by the storms.

Most of the damaged houses had their roofs blow off, causing damage to electrical appliances and the belongings of residents.

The office said Nual-anong Chantip, 55, in Ban Chan village was struck by lightning near her cattle pen in Kanthararom district. A water buffalo was also killed by lightning in Ban None village in the same district.