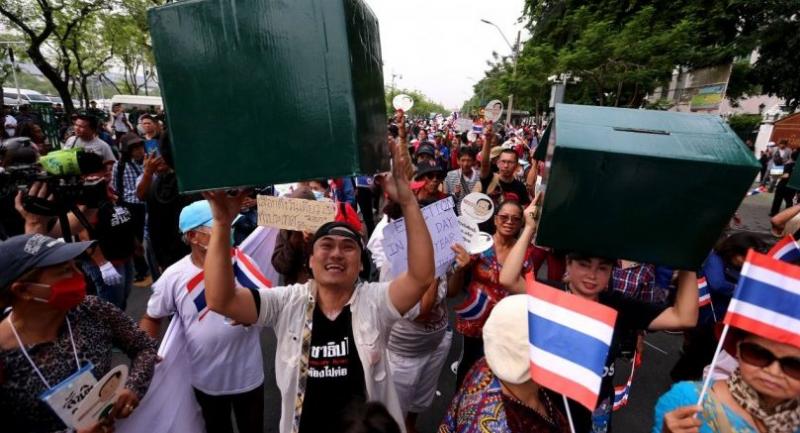 Amnesty International on Tuesday demanded that the National Council for Peace and Order (NCPO) fulfil its promise to lift restrictions on political activities – in place since the 2014 coup – and remove them by the end of June.

“The sweeping and wholly unjustified restrictions on human rights put in place by the NCPO in the wake of the coup were supposed to be exceptional and temporary measures,” said Katherine Gerson, Amnesty International’s campaigner on Southeast Asia.

“Four years on and countless abuses later, they remain firmly in place and are relentlessly deployed by authorities,” she said.

Authorities continue to “flagrantly use deeply repressive laws and decrees”, she continued, in order to target human-rights defenders, activists and political opponents peacefully exercising their human rights to freedom of expression, association and assembly.

“These laws must be lifted without delay. Hundreds of people should not be facing criminal proceedings for voicing their opinions and joining peaceful protests,” she insisted.

According to democracy advocate Democracy Restoration Group, more than a thousand civilians have been summoned or tracked by security officers for actions deemed as security threats, and over 300 academic activities have been closed down or intervened in during the past four years.