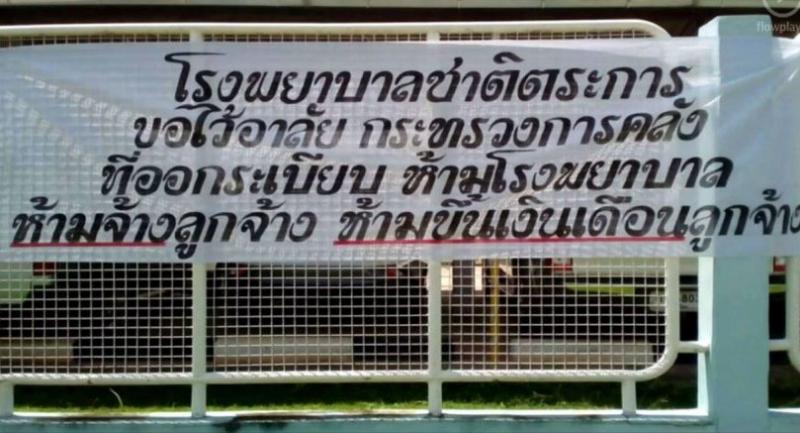 Groups including the Rural Doctors Society are calling for state hospitals to erect signs and have their staff wear black to protest a Finance Ministry ban on pay hikes and temporary hiring outside official budgets.

The groups are organising a demonstration outside the ministry on June 1.

The Rural Doctors Society on its Facebook page slammed the new rules.

The ministry has also said temporary positions cannot be renewed after the current term of employment ends or the staff member leaves, whichever occurs first.

It said temporary staff must be hired at the minimum legal pay rate and on a fiscal yearly basis, or within a permitted time period.

The rural doctors said this reverts to an arrangement abandoned 20 years ago. They want the Public Health minister to take responsibility for the May 2017 Cabinet resolution on which the new rules are based.

Dr Wattana Pareesri, director of Thabo Crown Prince Hospital in Nong Khai, which he said had maintained international standards despite many limitations, was among medical figures urging staff of state hospitals to rally outside the ministry.

Administrators of the popular Facebook page “Drama-addict” said the new rules would harm rural hospitals because more personnel would move to private hospitals.