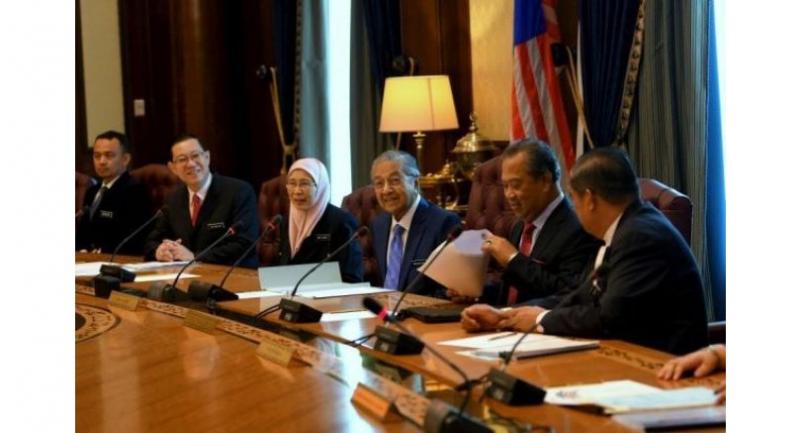 The Cabinet has agreed to cut the salaries of all ministers by 10%, in a move to cut government spending.

"The cut is on the minister's basic salary. This is to help the country's finances.

"This has been a practice of mine. I also did the same thing when I became prime minister in 1981," said Dr Mahathir.

The decision on these projects will be made soon.

He said this when asked about the fate of Pan Borneo Highway, Bandar Malaysia and Tun Razak Exchange.