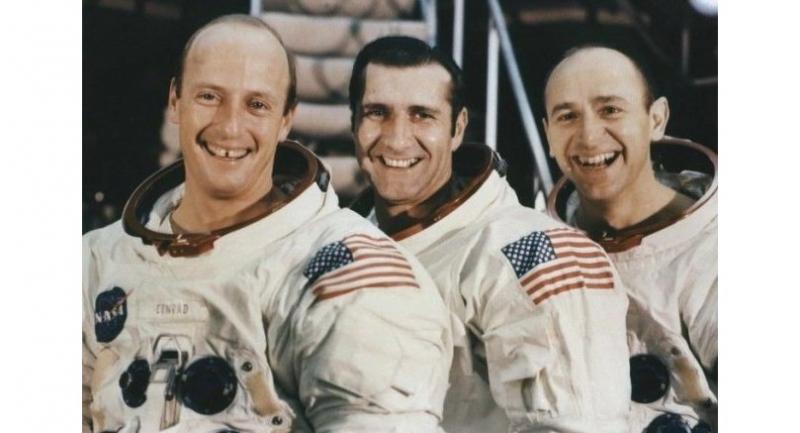 US astronaut Alan Bean, the fourth person to walk on the moon, has died, his family announced in a statement released by NASA. He was 86 years old.

The moonwalker who went on to become a painter died Saturday in Houston after suddenly falling ill weeks before, the statement said.

He was among the elite group NASA chose for its third group of astronauts in 1963, having served as a test pilot in the US Navy.

He twice ventured into space, originally in 1969 on the Apollo 12 moon landing mission, and later as commander of the second crew to fly to the first US space station Skylab in 1973.

He retired from NASA in 1981 to embark on a third career as an artist, creating Apollo-themed paintings textured with lunar boot prints or using acrylics infused with small bits of his mission patches sprinkled with moon dust.

Born March 15, 1932 in Wheeler, Texas the future moonwalker earned a degree in aeronautical engineering from the University of Texas in 1955.

He is survived by his wife, sister and two children from a prior marriage.

Walt Cunningham, who flew on Apollo 7 and called Bean his best friend of 55 years, said "we are accustomed to losing friends in our business but this is a tough one."

"Alan and I never missed a month where we did not have a cheeseburger."

In 1994 Bean told The New York Times the otherworldly perspectives he got in space inspired him to devote the latter half of his life to art, to the surprise of many of his colleagues.

"Every artist has the Earth or their imaginations to inspire their paintings," he said. "I've got the Earth and my imagination, and I'm the first to have the moon, too."//AFP