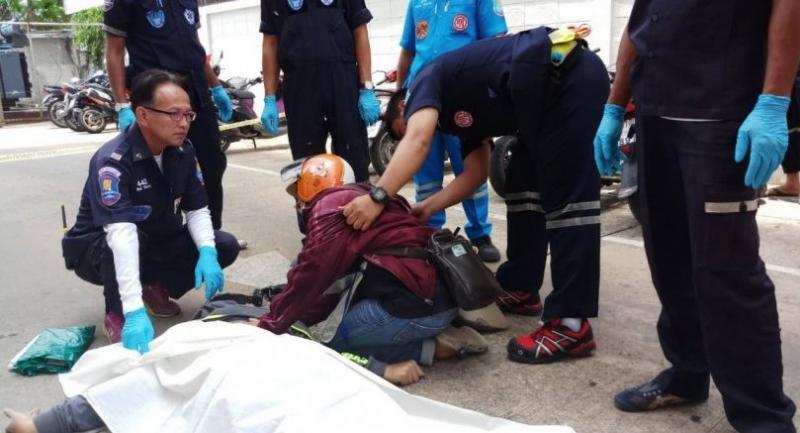 A 27-year-old man jumped to his death from the 10th floor balcony of a condominium building in Nakhon Ratchasima province on Wednesday morning.

The man, who did not reside in the condo building, was identified as Ratcharit Rungtham, 27. Security officers of the condominium building in front of Assumption Nakhon Ratchasima School in Muang district told police that they saw the man walking into the building carrying a beer can upstairs as if he were visiting friend and take the elevator to the 10th floor.

Police found a pair of sandals and an empty beer can on the fire exit stairway next to a balcony. Police believe he drank beer, climbed on the balcony and plunged to his death.

His heartbroken mother did not offer any clues of troubles her son might have had. She went silent after she saw a footage from the condo building’s security camera of her son listening to music over his headphones before plunging down.