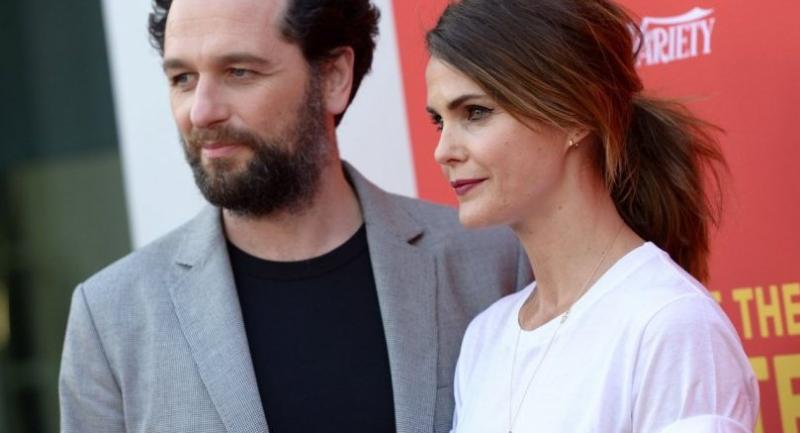 Actors Matthew Rhys (L) and Keri Russell arrive at the For Your Consideration (FYC) red carpet event for the series finale of FX's 'The Americans' on May 30, 2018 at the Saban Media in North Hollywood, California. / AFP PHOTO / TARA ZIEMBA

Tensions between Washington and Moscow are at an all-time high. US intelligence sees Russian spies around every corner, disrupting government and stealing secrets.

Set at the height of the Cold War in the 1980s, the hit TV series "The Americans" sees a pair of KGB agents and their children living deeply undercover as a perfect suburban Washington family, while they do their spymasters' bidding.

After launching five years ago, the FX network series found particular relevance in the era of Donald Trump, with a return of Cold War tensions amid accusations that Russia interfered in the 2016 presidential election.

"The Americans" wrapped up an award-winning run with its final episode Wednesday after six seasons.

The show's stars -- Elizabeth and Philip Jennings -- were on the run and caught up in a plot by their own agency to sabotage the looming historic summit between president Ronald Reagan and Soviet reformer Mikhail Gorbachev that could lead to the end of the Cold War.

Would Stan, the FBI counterintelligence agent who is the Jennings' neighbor, finally expose them? Would they escape? What about their completely Americanized kids?

No giveaways here. What can be said was that the episode underscored the lack of any closure in the clandestine struggle between spies of both sides.

"The Americans" will linger in a US capital consumed fears that Russian intelligence manipulated Trump's election and possibly even coopted the White House.

The show's premise was simple: how the Jennings -- actors Keri Russell and Matthew Rhys -- live under deep cover in a northern Virginia home, raising two children in American schools, keeping the house clean and the pantry stocked, while taking orders from KGB bosses to steal top government secrets, eliminate rivals, and remain hidden from US spy chasers.

Torn between allegiances as simultaneously hard-bitten Russian operatives and comfortable, middle-class American parents, they had to navigate a marriage forced on them by their KGB bosses, deal with angsty teen children, and parry factionalism back in the home office in Moscow.

In the final year they were caught up in the split between old-school communist and the reformers represented by Gorbachev, which leads to murder and mayhem in the last episodes.

While Hollywood is replete with spy series and movies -- the often over-the-top "Homeland" another recent hit -- Washington intelligence officials lauded "The Americans" for its realism.

Even new CIA director Gina Haspel, a three-decade veteran of covert services, is a fan.

That comes, in part, from deep cooperation between FX and real spies. Series creator and executive producer Joe Weisberg spent three years with the CIA before turning his hand to writing.

His idea got the go-ahead not long after the 2010 arrest of a dozen Russian deep-cover operatives in the United States. A number of former CIA officials were advisors.

"'The Americans' gets the tradecraft and the technology of the 1980s generally right," said Jonna Hiestand Mendez, who was a married, undercover CIA operative in Europe for years before becoming the chief of disguise at the agency.

"The script is littered with dead drops and communication protocols, disguises and cyanide pills, secret writing and signals that were used for impersonal communication with your agent or your team. It is all properly executed; it is done the way we did it."

Speaking in a CIA-sponsored forum on the show in Los Angeles Wednesday, former agency counterintelligence chief Mark Kelton said the show rightly depicted the simultaneously "thrilling and terrifying" activities of the spy-versus-spy world.

There were some differences, though.

"The one thing about the show, the sex bit is used a lot. "That's very rare in my experience... unfortunately for me, when I was younger," he said.

The drudgery also didn't make it to the Hollywood version, he added.

"What's not covered in the show is how much time even the KGB spent documenting their activities. Some of the things you did, you would have spent days typing," he said.

At the same time, former agents said, the show really got right the complications of personal life for spies. The final episode is heavily focused on what happens to the Jennings as a family.

"There is great strain. The show depicted that quite well," said Kelton. "It does take a toll on families."