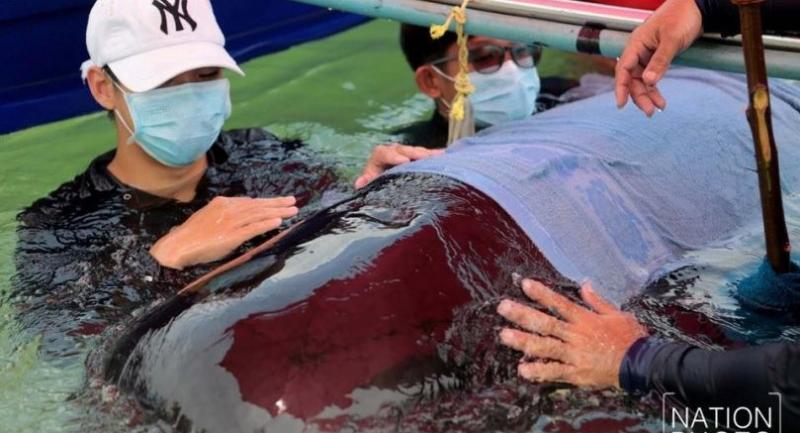 An ill short-finned pilot whale found in a Songkhla canal died, apparently of obstruction by plastic bags, on Friday evening, the Marine and Coastal Resources Department has reported.

The department posted its on Facebook wall that the whale died at 4.45pm on Friday. When officials then cut open its stomach for an autopsy they found 80 plastic bags weighing about 8 kilograms inside.

The post said before the whale died, it had suffered a convulsion and vomited five plastic bags.

The whale was spotted on May 28 in Na Thap Canal in Songkhla’s Chana district, unable to swim.

Officials had to use two boats to help float the whale and put up a sun-shade to protect it. Officials from the department took turns caring for the whale around the clock, but were unable to save it.