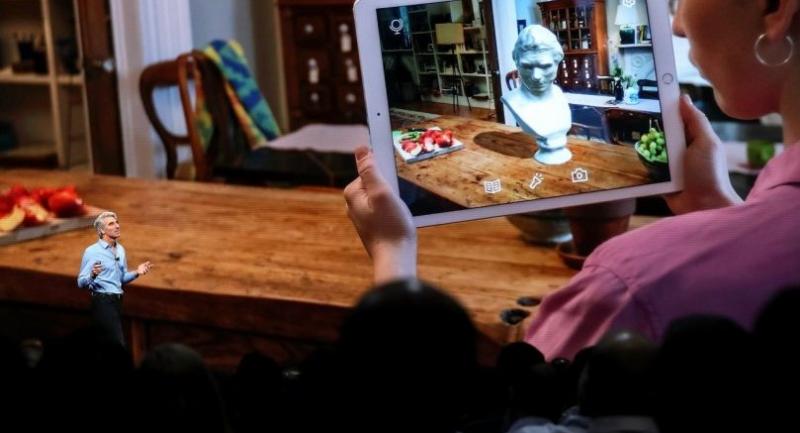 Apple on Monday unveiled new operating systems for its iPhones and computers with features designed to thwart the use of secret trackers to monitor people's online activities.

The announcement by Apple comes amid a growing focus on protecting privacy following a Facebook data scandal and new rules being enforced by the European Union for online services.

Apple, kicking off its annual developers conference, appeared to be setting itself apart from Facebook, which has drawn the ire of privacy activists, and even showed how its software could prevent the social network from tracking users on Apple devices.

"Turns out 'like' buttons and 'comment' fields can be used to track you, so this year we are shutting that down," Apple senior vice president of software engineering Craig Federighi told a standing-room crowd of some 6,000 developers at Apple's Worldwide Developers Conference in the heart of Silicon Valley.

New MacOS Mojave and iOS 12 software to be released later this year will also make it harder to use trackers to create "unique fingerprints" by gleaning data about devices being used, according to Federighi.

"It will become dramatically more difficult for data companies to identify your device and track you," Federighi said.

Enhanced privacy was part of a slew of improvements touted by Apple to developers, whose creations are key to the popularity of iPhones, iPads and Mac computers.

Facebook said it "disagreed" with the report and that the agreements with device makers were far different from those with third-party developers including one which shared data with the political firm Cambridge Analytica.

Apple's software upgrades also include features that help users understand how much time they are spending on their devices, amid concerns of growing smartphone "addiction."

Features being added to "limit distraction" from iPhones included being able to turn-off lock screen notifications at bedtimes to avoid "getting spun up" by prompts when perhaps one just wants to check the time.

"I think we are all going to be using Do-Not-Disturb a whole lot more," Federighi said.

Along with ways to limit distracting notifications from iPhones, a new Screen Time feature allows people to more tightly control and monitor time spent in applications.

"We know there are people who would like extra help," Federighi said of curbing app time.

Parents will be able to set limits for time their children set in apps, and get detailed reports regarding which apps are used.

"This is beyond remarkable," Cook said, noting that the online App Store will be 10 years old in July.

"The App Store has fundamental changed the way we live."

Some analysts remained unimpressed, saying Apple is lagging rivals in key areas like artificial intelligence as the smartphone market matures.

"I am concerned... that Apple is falling further behind Google and Amazon in AI (artificial intelligence)," said GlobalData research director Avi Greengart in a tweet.

"If Apple has major improvements to Siri in its labs, it did not show them off today."