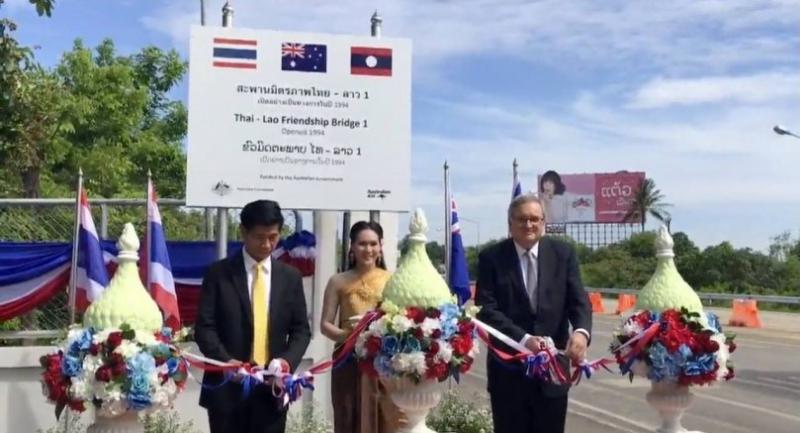 Paul Robilliard, ambassador to Thailand, and Jean Bernard Carrasco, ambassador to Laos, presided at the 9am ceremony with Ronachai on the span linking Nong Khai to Laos.

The deputy chief of the Lao border checkpoint at the bridge also attended.

The ambassadors hailed the bridge as a symbol of the strong ties between the neighbouring nations. The year the bridge opened, just 19,053 vehicles made the crossing.