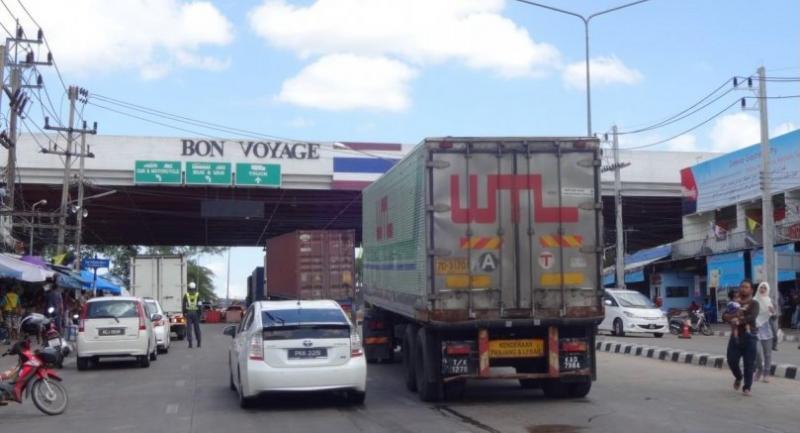 Plans for trying out a 24-hour operation at the Sadao border checkpoint with Malaysia have been put on hold following the recent May 9 election, said Songkhla deputy governor Khajornsak Charoensopa said on Friday.

Khajornsak said the around-the-clock test would wait until Malaysian authorities confirmed the Bukit Kayu Hitam border checkpoint was ready for the trial.

The trial run would see both border checkpoints operate around the clock for cargo transport and logistics, rather than the usual 5am to 11pm hours. It was scheduled to kick in on Friday, with the aim of making 24-hour operations permanent on January 1, 2019 if the trial was successful.

Meanwhile Thailand’s National Security Council has requested the Foreign Affairs Ministry to check with their Malaysian counterparts to help confirm whether the trial run would take place, said the deputy governor.

“Songkhla province has had no update from the Thai Foreign Affairs Ministry about Malaysia’s response,” he said. “If they cannot yet give a confirmation, it means they are still waiting for the government’s policy. We cannot just operate 24 hours a day on one side anyway.”