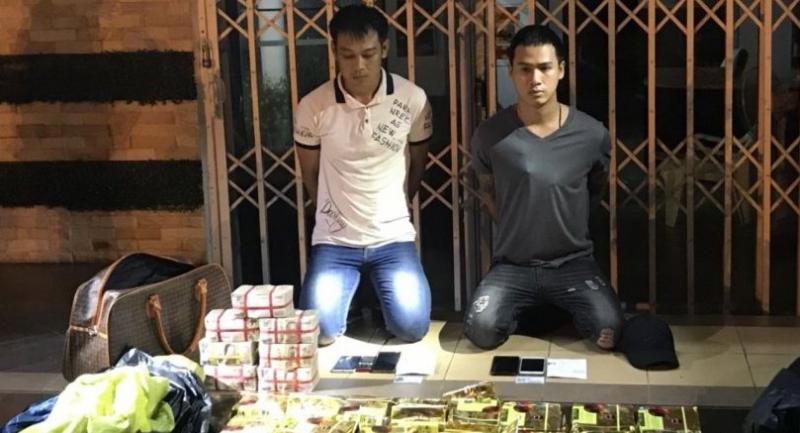 A source at the Royal Thai Police Narcotics Suppression Bureau said on Thursday its officers and Mae Sai police conducted a sting operation that led to the arrest of Sai Lyoe, 32, and Sai Hlang Han, 23.

As arranged with undercover officers, the pair allegedly arrived in a pickup truck to deliver the drug, said to be worth Bt30 million on the street. The arrest took place at a hotel in Tambon Wiang Phang Kham, a kilometre from the Myanmar border at Tachileik, which the drugs had crossed.